For young adults (18-29), those numbers are even here. Here, the Pew study found that 45% of those who use the Internet on their phones do most of their web browsing on their mobile devices. There are also some demographic differences here, with more African-American and Latino users falling into the “cell-mostly” category (55% and 52% compared to 24% for whites). Income and education, too, seem to play a role here, as respondents living in households with an income of less than $50,000 and those who didn’t graduate from college being more likely to report that their phones are their only way of getting online. 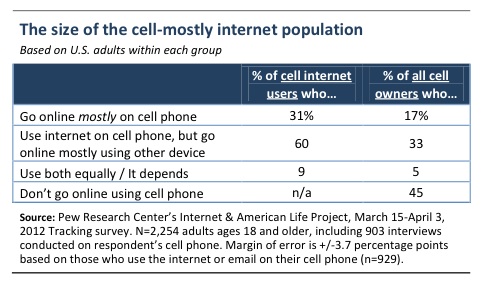 Asked about why they prefer to use their phones instead of laptops and desktops, these users said that they are more easily available (64%), fit their usage habits better (18%) and are simply good enough to perform basic online activities (7%). For some, phones are also simply easier to use.

There is, however, also a large group of users who simply don’t have any other means of getting online (10%). For some (6%), that’s because they don’t own a computer and for others (4%), their mobile connection is simply their only source of Internet access. 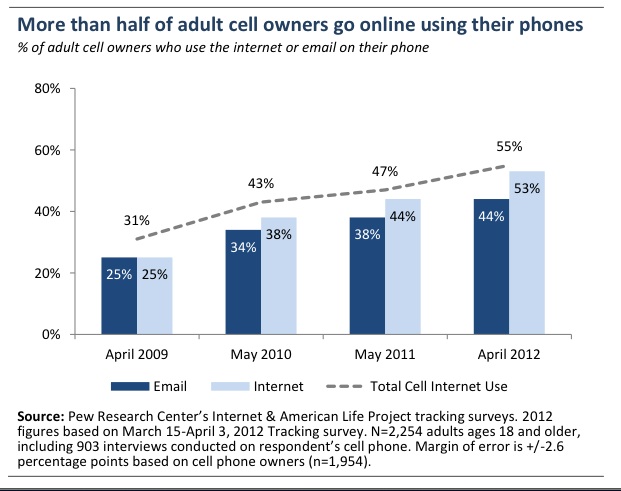