Looked for an apartment lately? It sucked, right? You showed up and you had to fill out an application and submit all sorts of stupid paperwork — credit check, proof of employment, utility invoice (apparently to prove that you can pay a bill, like an adult), etc. And then, if you’re lucky, your name will be pulled out of a hat amongst the other half-dozen people who applied for the same property.

Well that whole process sucks for landlords and property management companies as well. After all, they’re the ones who collect all that paperwork and sort through all that data. Don’t you wish there were a better way? Thanks to Rentobo, there is.

Rentobo provides a platform for landlords, listing agents, and property management firms to not only post their open units across a number of different apartment listing sites, but it gives them a way to quickly and easily get information from prospective tenants with an online application process.

The team, which was part of the Y Combinator Summer 2011 class, started off originally with the idea of auctioning off apartment rentals. But it quickly realized that all the infrastructure it was building would be extremely useful in just getting most apartment listings online. So it began to focus instead on what it could do to automate the process and make things easier for both landlords and tenants.

For landlords, first and foremost there was the listing problem. Craigslist still looms large in most major metro areas, despite its crappy interface and lack of functionality. But then there’s Zillow, Trulia, and other sites as well. Rentobo provides a single listing interface for landlords and listing agents to post to all of those sites at once.

It provides a drag-and-drop interface for adding photos to listings, so that prospective tenants know what they’re getting into before they apply. And since all pictures are stored remotely, landlords aren’t constrained by the limit on the number of photos they can upload to Craigslist. All in all, its listings are pretty gorgeous. 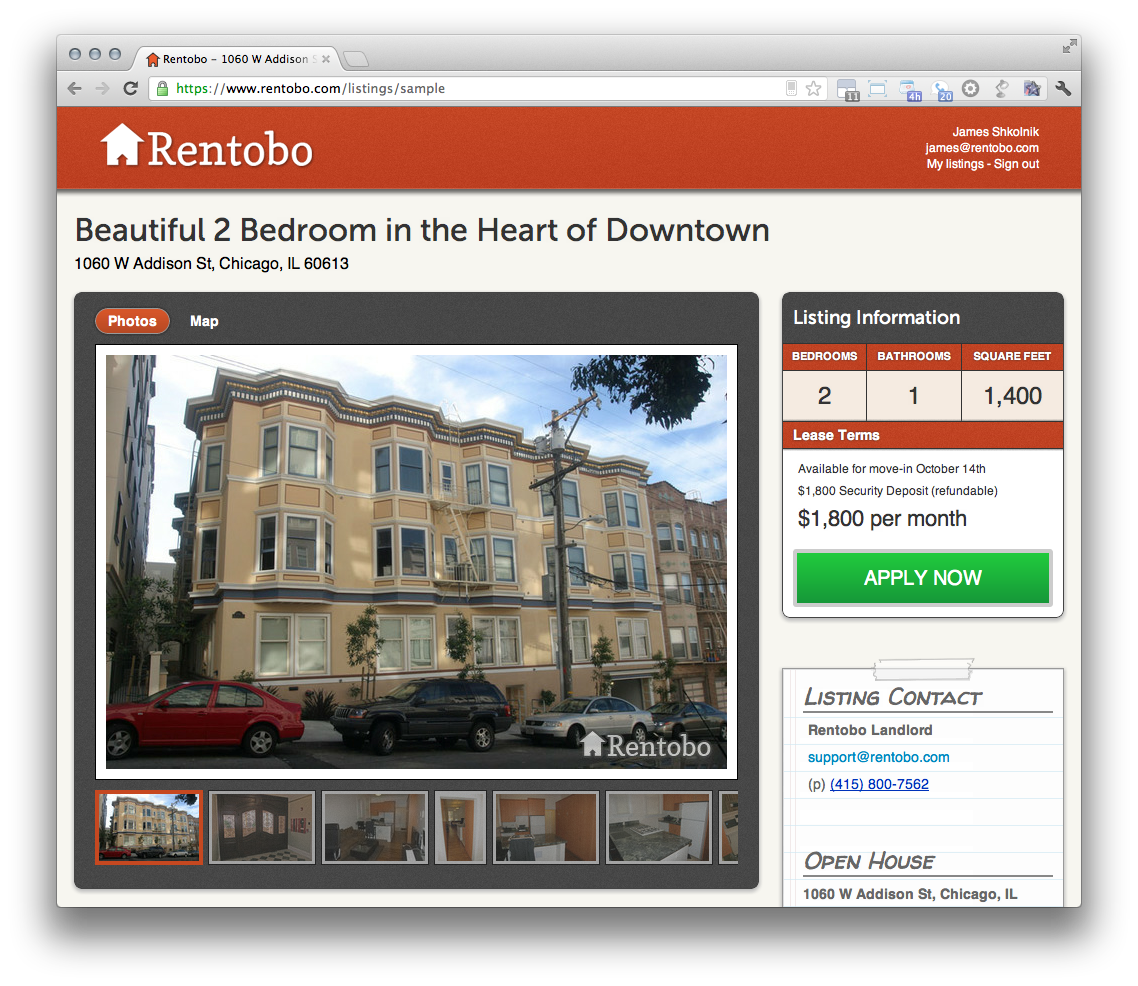 But the listings management part of the software is kind of the easy part. Where Rentobo really excels is in reducing the amount of paperwork that changes hands, by allowing landlords to collect information from prospective tenants through online applications. Tenants could even submit information before they even see the apartment, so that there’s no paper to exchange if they do decide they want to apply for a place.

Rentobo is currently free while users beta test it, but when it officially goes live, the startup plans to make money from landlords based on the number of listings they manage using the platform. It’s also working to add the ability to collect application fees, as well as streamline the process for credit checks directly through the platform. Once those features are in place, it could also make some additional revenues based on applications it processes.