NaturalMotion, which makes very photo-realistic, animated games like My Horse, just raised $11 million from Benchmark Capital and got mobile gaming veteran Mitch Lasky on its board.

What makes NaturalMotion stand out from many other chart-topping gaming companies is just the sheer quality of the titles. They tap into the same kind of care-taking impulse that many other casual, resource-management games do, but with much better, anatomically accurate 3D animations.

“We’re just about to witness the end of Wave 1 in iOS gaming,” said chief executive Torsten Reil. “A lot of mobile-social game are obviously 2G resource management games. They’re very similar. But devices are now at point where we can give a much richer user experience. That’s where we believe the disruption is going to happen.”

For example, My Horse is a game where players take care of an animal by grooming, feeding and treating it. Like other freemium games, the company uses a virtual currency-oriented model by charging for items like special saddles to personalize the animal. Players can also take their horses around for show-jumping competitions. 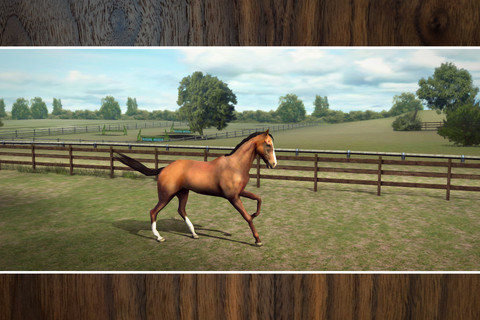 It’s the kind of quality that even Apple appreciates as the company’s upcoming title CSR Racing was given some premium stage time at Apple’s Worldwide Developer Conference earlier this month.

The company has seen 30 million downloads so far, which isn’t a huge number considering that many other top-tier companies post download numbers in the hundreds of millions. (Or in Rovio’s case, over 1 billion.) But the thing to point out is that they have a much more profitable model than many other social gaming-style companies. The company got more than 10 million downloads for My Horse even though it spent very little on user acquisition and marketing — less than 3 percent of the games revenues.

The company overall has about 130 people and they’re looking to grow it to 160 people with expanded offices in SOMA. It previously raised funding from Balderton Capital back in 2006. Just as a sidenote, Balderton originally started out as the European arm of Benchmark, but Reil said Benchmark’s investment was made totally independently.

Benchmark has one other iron in the mobile gaming fire through an investment in Red Robot Labs. But Reil feels these are uncompetitive as Red Robot does more midcore RPG style games that appeal to a different demographic.