SlideDeck is a WordPress plugin that’s supposed to make it easy for publishers to add “content sliders” (basically a gallery/slideshow interface for browsing content) to their sites, and it’s already attracting some positive notice from tech bloggers. Today Digital Telepathy, which makes the plugin (as well as the Hello Bar), is releasing a preview version of its latest update.

CEO Chuck Longanecker and Product Director Jason Amunwa say version 2.1 has three major new features, all built in response to user requests. First, SlideDeck users can now incorporate multiple content sources into a single SlideDeck — so if you want your slider to incorporate photos from Instagram and videos from YouTube, that’s doable. Users can also customize the appearance of each slide and embed their own HTML. For example, Amunwa says this allows publishers to add elements like Google Maps into their slides.

Collectively, Longanecker says the new feature should make SlideDeck palatable to a more technical and design-savvy audience. With SlideDeck 2, he says the company took a “gamble” by trying to create a plug-and-play product that was easy to install and didn’t allow for any real customization. The idea, as Amunwa put it, was to provide good design to “people who wouldn’t normally have access to it.” However, there was interest from developers and designers too — hence the new features aimed at them.

SlideDeck 2.0 has been downloaded 250,000 times, so Longanecker estimates that it has at least 150,000 users. If you want to see some live customers, check out Astaire magazine or Brown Sugar Kitchen.

Digital Telepathy still does some work as a design agency, but Longanecker says it’s becoming more and more product-focused, and in the next few months we can expect to see more launches, all tied to the larger goal of “improving the design of the Web.” 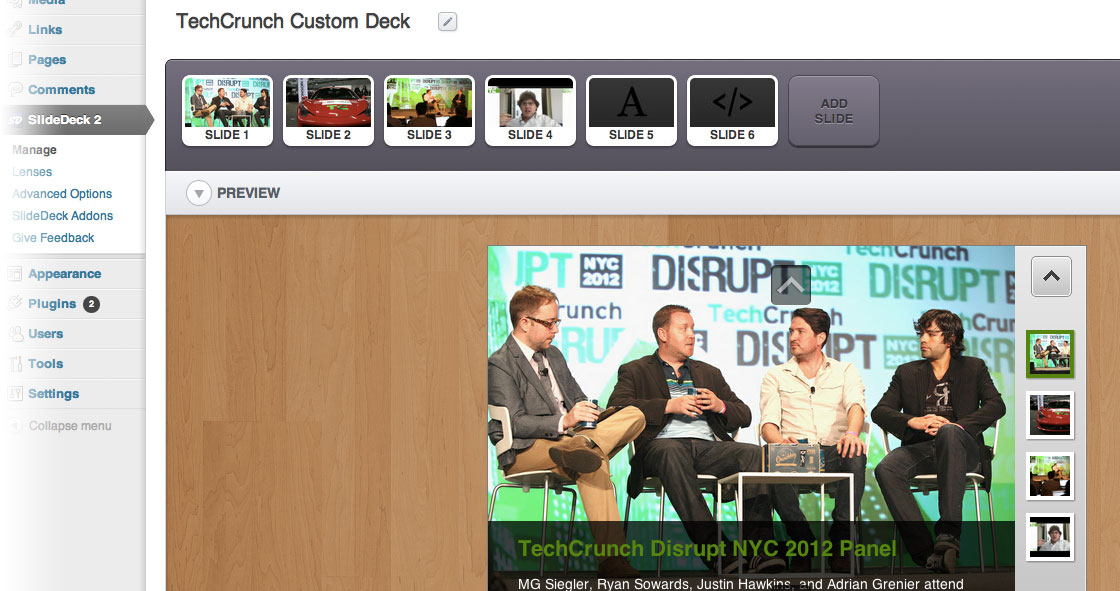