Israeli company ClickTale promises customers a better understanding of what visitors are actually doing on their websites, through tools like visitor recordings and heatmaps showing mouse movements and clicks. Today, it’s launching a mobile product in private beta.

ClickTale’s senior technology evangelist Shmuli Goldberg says that on a conceptual level, the company is trying to bring the same capabilities that it offers for desktop websites to mobile. But in order to make that happen, it had to start tracking a whole new set of behaviors — not just clicks, but also every swipe, scroll, tilt, and pinch.

The goal, Goldberg says, is to offer data that’s “literally like standing next to somebody on an iPhone or an iPad.” That kind of granular behavior-tracking should help differentiate ClickTale from the other mobile analytics services out there.

Goldberg also makes the case that this kind of data is especially important in mobile, because when many publishers created their mobile websites, they just said, “Let’s shrink our websites.” They didn’t really rethink them for a touch interface and a smaller screen. 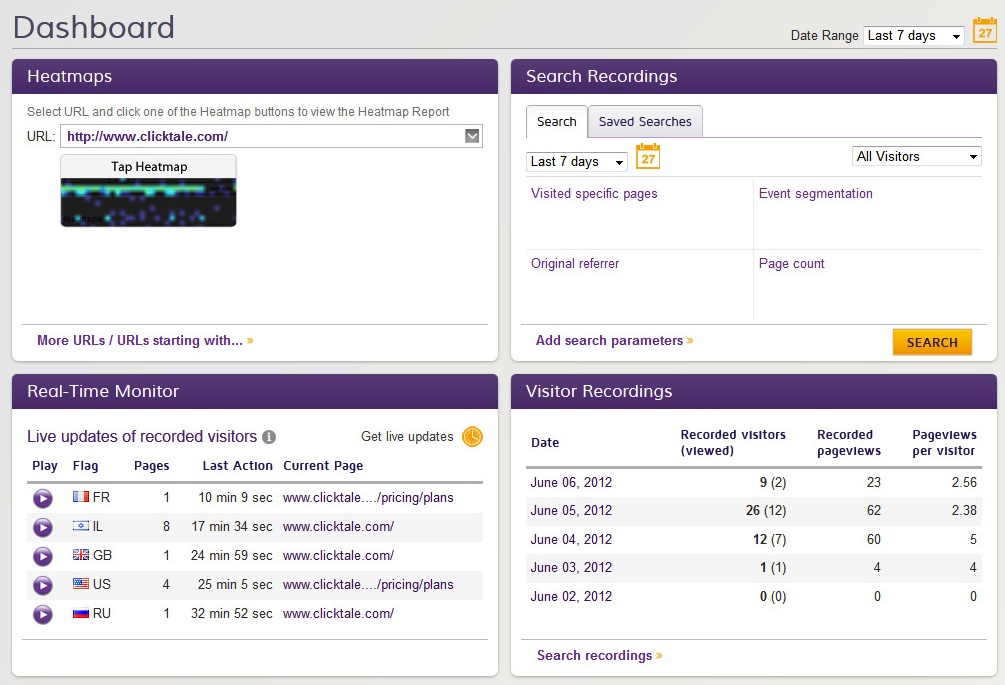 “On the browser, we’ve gotten very good at usability — we started from the user,” Goldberg says. “But on mobile, we started by looking at the desktop. [ClickTale] gives the chance to take it back a step to look what the customers are doing on the device.”

For now, ClikTale is focusing on mobile websites, rather than native apps. Goldberg says the need is greater on the mobile Web, because that’s where the aforementioned “shrink down our website” approach is more prevalent. He adds that if customers ask for it, the company will also build similar capabilities for apps.

ClickTale plans to take the product out of beta near the end of 2012, when it will included in the features offered to the company’s enterprise customers. (ClickTale claims to have more than 2,000 customers total.) You can request an invite to the private beta here.