SkillPages, which helps people with useful skills to find those who need them, just announced that it has raised a $9.5 million Series B funding round. This new funding round brings the total investment in the company to over $18 million. Among the investors in this round are Irish VC firm ACT Venture Capital, as well as previous angel investors and the company’s founders. The plan is to use this additional funding to accelerate user growth, launch new mobile products and expand the company’s engineering team to enhance SkillPages’ “SkillGraph” technology that matches people who are searching for a skill to people who have it.

SkillPages will officially announce this new funding round at the F.ounders event in New York City tomorrow.

The company was founded by serial entrepreneurs Iain Mac Donald (CEO) and Michael Gallagher (COO) in 2010 and launched in January 2011. SkillPages is headquartered in Dublin, Ireland (with offices in Palo Alto, too). The company raised its first seed round with $4 million back in 2010 when it was still called Weedle. The company currently has 32 employees and expects to use some of the new funding to staff up to around 42 employees (mostly engineers) by the end of the year. SkillPages also plans to make a major push to expand in the U.S. market later this year and to launch location-based mobile apps that will make it easier for users to immediately find people around them that have a certain skill. 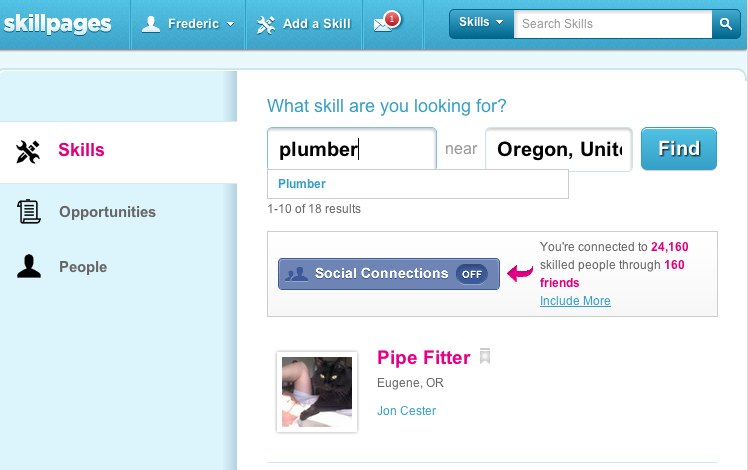 If you are unfamiliar with the service, here is what it does: it’s not so much a job board as a place where people with a certain skill – be that plumbing, piano tuning, landscape gardening or web design – can offer their services and connect with people who need this service. SkillPages uses Facebook’s social graph to help you see the real-world connections between you and the people you are about to hire. 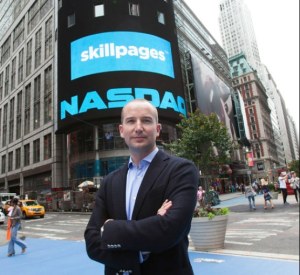 As SkillPages’s founder and CEO Iain MacDonald told me earlier today, this social aspect is what sets his service apart from similar startups. Given that the world is already connected, he said, it makes sense to use these connections to then find people with a skill you need. Ultimately, said MacDonald, SkillPages wants to create nothing less than a more efficient labor market.

According to its own data, the company now has users in 160 countries “and over 100,000 people are now being presented with work opportunities through SkillPages every day.” In total, the company says, it now has over 5 million members. About 1.5 million of these are in the U.S., another 1.5 million are in the U.K and the rest can be found all over the world. MacDonald noted that the service has been growing organically and has done so much faster than its founders ever expected.