Pulse, the popular free mobile news reader for iOS, Android and Windows Phone, just announced that it is adding more video to its platform. The company is launching over 30 new video channels on its platform and is partnering with the likes of ESPN, Fox Sports, the White House, The Daily Beast, College Humor, The Today Show, and National Geographic to bring their shows to its apps. Broadly, the new channels fall into three categories: sports, TV news and humor.

As Pulse co-founder Akshay Kothari told me yesterday, the company mostly focused on text and images until now and is obviously proud of the partnerships it has built with premium publishers around the world. Along the way, though, the Pulse team realized that stories with short videos in them were doing very well on its platform. About 4 months ago then, the team decided to put more emphasis on getting more and better video content onto its service. 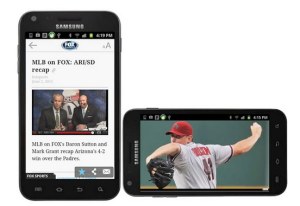 Just like with its text-focused partnerships, today’s announcement is about content syndication. Video providers on Pulse will still be able to show their own video ads and Pulse won’t take any of this revenue away from them. For the most part, Pulse is getting these videos either through YouTube or its partners’ APIs.

Pulse, which just moved out of its Palo Alto offices and into a larger space in San Francisco, currently has about 20 employees. The team is working hard on version 3.0 of the app. Kothari didn’t say much about what we can expect from this update, though he did note that we should expect it to arrive later this summer.