Carat quietly takes measurements from you device, does some math, combines it with other people’s anonymized data, and sends back tips on if you should update your OS, kill or restart apps, and how many more minutes of tablet or phone fiddling you’ll gain.

As battery tech is expected to improve slowly, some say increasing life just 5% a year, and as we get faster processors, more powerful apps, and brighter screens, everyone could use a Carat in their pocket. 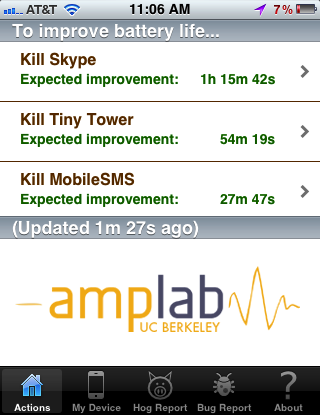 The guys that built Carat? They’re not joking around. They’re a team of top-notch M.S. and Ph.D scientists from the UC Berkeley electrical engineering and computer science department’s  Algorithms, Machines, and People Laboratory (AMP Lab). Carat wasn’t built to make money. It’s the consumer product of cutting-edge battery science and a way for the team to collect more anonymous, privacy-respectful data for research that could make all our devices last longer.

Carat’s recommendations break down into killing off bugs and hogs. These usually aren’t “bad” apps Energy bugs are apps that are sapping a lot more power from you than everyone else because they’re probably malfunctioning, so Carat tells you to restart or re-download them. For example, a notes app that uses little power for 95% of users, but it’s accidentally activating your GPS over and over.

Hogs are apps that just naturally use of ton of power or needlessly run in the background, like streaming music apps. Carat reminds you to shut them down, which is especially useful when you get that 20% battery remaining notification half-way through the day and you’d do anything to still be able to get calls and texts rather than have your phone die.

You can click through suggestions on the Actions for instructions on exactly how to fix your problems. You can also check out the My Device tab to see your average battery life, and a score for how it stacks up against other users.

Some things Carat has discovered: 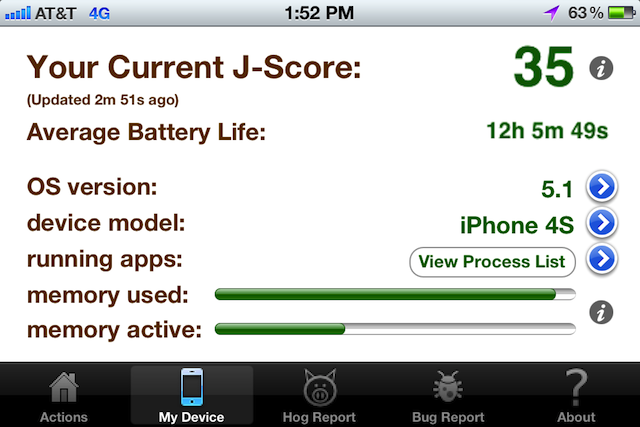 Adam Oliner, the project leader for Carat who’s a Stanford CS Ph.D with degrees in math, CS, and EE from MIT, tells me his app is a big leap forward because other battery life recommendation apps make very unscientific, generic suggestions based only on your data, like “shut down all your apps” or “dim your screen”. Gee, thanks Captain Obvious. Others require you to have jailbroken your phone, go through a lengthy installation process, or even suck a lot of energy themselves. 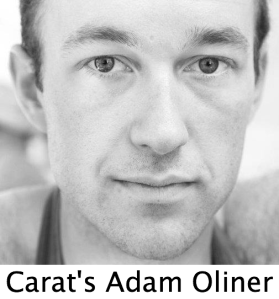 But Carat’s philosophy is “deploy to the crowd, debug in the cloud” so it can empower everyone to easily collaborate for a more satisfying mobile experience. “Carat uses almost no energy, and the longer you use it, the better recommendations you get. The team even shares its bug data with developers of apps that exhibit them, so they can fix them.

With Carat, knowledge really is power. The app is available for download for iOS, and Android, as well as for tinkering on GitHub.