DataSift, a data analysis company that provides developers and third parties with access to Twitter, Facebook and other social data sources, has raised $7.2 million in a follow-on Series A round from existing investors GRP Partners and IA Ventures. This brings DataSift’s total funding to $15 million.

For background, developers, businesses, media companies and organizations can essentially use DataSift to mine the Twitter firehose of social data, as well as Facebook, YouTube, blogs, forums and online message boards. But what makes DataSift special is that it can sort through billions of social interactions then filter this social media data for demographic information, online influence and sentiment, either positive or negative.

As we’ve reported in the past, DataSift does not limit searches based on keywords and applies natural language processing to turn unstructured data into structured, digestible information. The company’s product allows companies of any size to define extremely complex filters, including location, gender, sentiment, language, and even influence based on Klout score, to provide quick and very specific insight and analysis.

The company also recently launched Historics, a cloud-computing platform that enables entrepreneurs and enterprises to extract business insights from Twitter’s public Tweets dating back to January 2010. And DataSift recently integrated with NewsCred has to extended its ability to monitor not just social media, but also news articles.

In terms of pricing, DataSift features a cloud-based pricing model with pay-as-you-go or subscription options. The company says a startup can start using DataSift for as little as $200 per month.

Rob Bailey, CEO, DataSift explained to use in an interview that while the company’s first goal is the “nail the U.S. market,” the startup has received major interest in a localized product from Europe, Latin America and Asia.

The new funding will be used to mitigate this demand and towards additional product development. Bailey adds that DataSift will be adding a number of traditional new data sources as well as international data in the near future.

Bailey also said that Datasift was not looking for financing, but received offers from existing investors and chose to raise an inside round now as to not distract from focusing on the product. 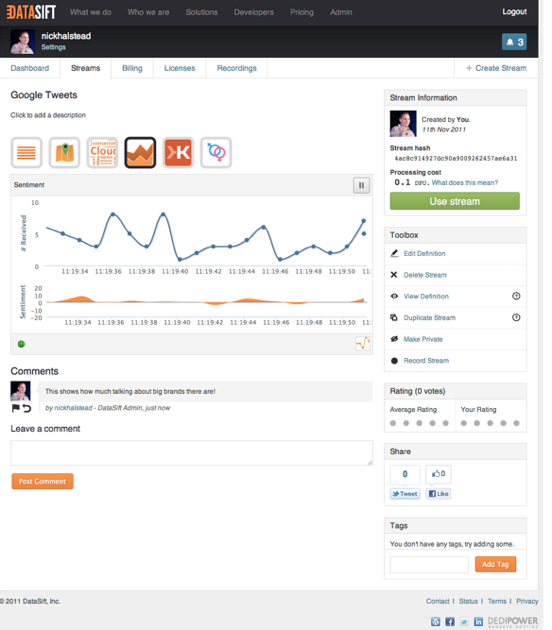 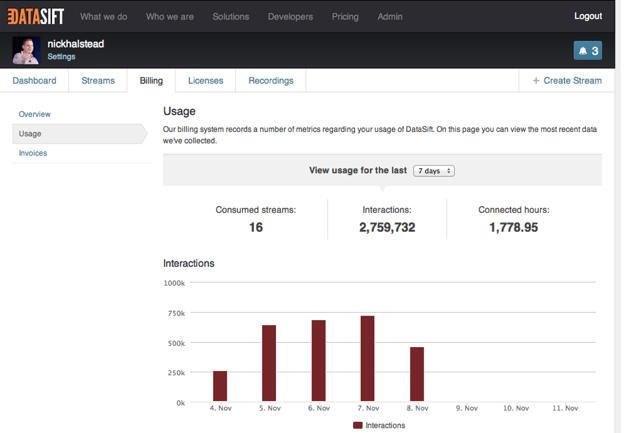