Eric Elia (@ericelia) is a member of the founding team at Brightcove, and is currently the vice president of TV solutions. Brightcove, a video and app solutions provider, went public on Feb. 17 on the NASDAQ and now trades with a market cap of $509.3 million.

When we started Brightcove seven years ago, we expected a five-to-10-year transformation period until we reached a world of purely Internet-based, on-demand TV, motion pictures and “long tail” content. Sometimes it’s hard to see change happen when we are in the middle of it, but amazing to look back and see just how far we’ve come. I look at the past seven years as driven by three waves of innovation.

The first wave of TV transformation was the “Hey kids, let’s put on a show,” period of experimentation and naiveté. Return on investment wasn’t that important yet. In fact it wasn’t really possible. Audiences were too small and monetization infrastructure was not robust enough. It was in these early days when an innovator like Kenny Miller (of MTV Networks, at the time), could take a risk and learn from it, and another cable programming exec would ask in a meeting, “Do you think people really want to watch video over the Internet?”

Flash video changed everything. No special plug-ins. Designers could stop building those horrible pop-up video ghettos and begin to integrate video seamlessly into the rest of their user experiences. We did our share of MTV Overdrive-style players at Brightcove, but knew that contextual video like this would change everything. 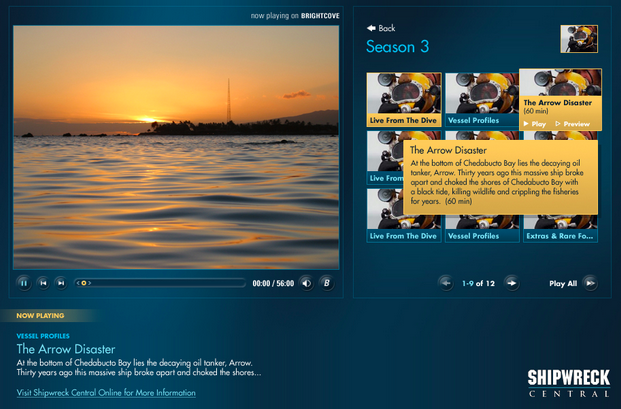 The second wave was about mainstreaming the video pilot project into the primary digital business. Video teams were born. Monetization and measurement became important, as they should for any legitimate business. In particular, the advertising business matured quickly. We were delighted to see the ecosystem grow and innovation come by working with our friends at companies like FreeWheel, Tremor Video, TubeMogul and YuMe. The same execs (literally) who asked if people really wanted to watch video over the Internet were now talking about mid-roll, companions and VAST.

We’re now in the middle of the third wave of TV Transformation. I think we owe a debt of gratitude to Netflix, LoveFilm, Vudu, Apple and Amazon for making it okay to put a price tag next to a video (or a smorgasbord of videos as the case may be). And thanks to Apple again for the iPad, which changed everything.

Beginning last year we saw a surge of interest in two things – premium, pay-based content and multi-screen experiences. Smart TVs and the great Roku platform showed up on everyone’s radars. I think there’s a Netflix-of-[pick a nation] site either live or launching in dozens of countries. The opportunity and consumer expectations have never been greater, the technical challenges and fragmentation never more formidable. 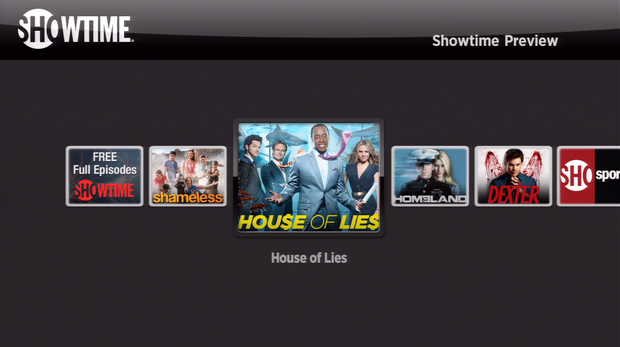 Underneath the hood this means:

If we are in year seven of a 10-year transformation, what do the next three years hold? I think we can all start to glimpse the future now, but it’s going to be fun to see which winners emerge. Here are some of the tensions I think we’ll see resolved over the next few years.

Let’s face it; the iPad is more a small TV than a big phone. If you’ve been to a trade event in the past year you’ve seen the numbers. People love watching TV on their iPads. At Brightcove, we’ve seen a steady increase in video consumption on the iPad in the last year.

There has been a lot of criticism of Smart TV user experiences; and while things are improving, the experience of searching, browsing and interacting with media user interfaces is just better on smartphones and the iPad. One possible way this plays out is for these devices to be used for what they are good at, and throw your video up to your TV via AirPlay, Wi-Fi Direct and similar technologies.

For people who watch a lot of TV, the cable and satellite industry’s TV Everywhere initiative is a great value. Sign in with your existing pay TV credentials to watch what you already pay for, on what devices you want. There have been a lot of business hang-ups stalling the rollout of TV Everywhere, but things seem to be accelerating finally. On the other hand, I’m pretty excited to have just bought a current Mad Men season pass off of iTunes. HD. No commercials. Portability.

This is the year we’ll start to see a lot of competition for Netflix in the U.S. The patterns we’ve observed in music will start to emerge in video, with the video equivalents of Rdio and MOG coming to life. Viewers will be able to buy single episodes, full seasons and custom programming packages from a variety of retailers.

It appears that technologies such as HTML5, H.264 and HTTP Live Streaming (HLS) are becoming relatively standardized, even on some stalwart smart TV platforms. But there’s always change on the horizon. MPEG-Dash? H.265? Do Android tablets become popular this year? Next year?

The pace of change seems to be increasing. The next few years will see dramatic shifts in how viewers find and watch movies and TV shows, and how video publishers pay for and distribute their programming.