You know what I hate most about getting too drunk to drive home? The hangover. No, no, I’m kidding (well, sort of) – it’s having to go retrieve my car from wherever I left it the next day. Sometimes, it’s been towed. Other times, it’s been broken into (true story). That’s why I’m hopeful about the possibilities a new service called StearClear has in store. The startup, which is backed by $500,000 in founder-led and VC funding, has been up-and-running for just a month in parts of New Jersey. What StearClear offers, simply put, is a way to get you and your car home. Safely. 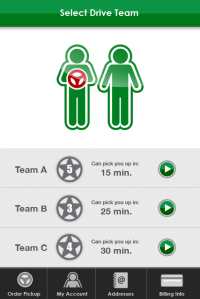 So the big idea with StearClear, then, is how do you make a service like this work to make it profitable for all involved? Their solution: local franchises.

Instead of launching this as their own service from scratch, StearClear takes on a lot of the cost that goes along with creating a business, while leaving the day-to-day to others. The franchises don’t have to process credit cards, handle paying employees or doing their tax reporting; they don’t have to hire HR staff to ensure compliance with U.S. employment law, or worry with insurance and liability protections. StearClear also handles vetting the drivers, handling background checks, criminal and sexual predator checks, driving record checks, and even drug tests.

But, says Sher, “our real magic is the software, and the fact that we have a real end-to-end solution.”

The software he’s referring to is a suite of three mobile applications: an iOS/Android app for end users (them being the drunks), one for the drive teams, and a third iPad app for franchise owners which lets them view a heatmap of their drivers’ cars in action, customer requests, and all the management reporting functions necessary to run the business. 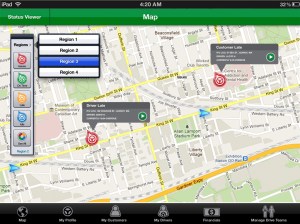 The drive teams are a team of two people – one who drives the customer’s car, another who chases it in their own. Both are hired locally and paid as W-2 employees ($8/hour while waiting, $12/hour while working; plus, for the chaser, 55 cents per mile – the going federal rate). It’s not career-making money, of course. The “waiting” pay is barely above minimum wage. But the drive teams split tips, so there’s a chance to earn a bit more.

Drivers are assigned shifts to keep the busy times covered, but can also make themselves available at any other time, if they want to make extra cash. When customer requests come in, drivers “bid” for the pickup via their own app by saying when they can get there. The customer usually picks the closest driver, of course.

As for customers, the sign-up process is similar to that of black car service Uber: a credit card is kept on file so there’s no need to swipe cards or hand over cash at the end of the ride. Rates are $20/per pickup plus $2.50/mile. Premium members (aka regular drunks), can pay $5/month then get discounted rates of $15/pickup and $2.25/mile.

Sher says the pricing can either be around 5% more or less than local cab rides, depending on your area, but is on average 20-30% cheaper than a black car service.

The business’s subsequent failure or success, then, is on them. Marketing, raising awareness, finding employees, managing schedules, everyday customer service, etc. – it’s all on them. In Sher’s view, this makes them stakeholders. Well, sure. But it also means that getting the company off the ground has been essentially handed off to a bunch of unknowns in whichever far-flung regions of the country where someone decides to take a risk. Anyone with $30K and a dream of keeping drunk drivers off the road can sign up. Some, like some of the mom-and-pop operations, will make it work. Others will not. And it will all reflect back on StearClear.

Sher believes that this can work, though. “It makes the franchisee profitable. Within their first six months, they’re making money. If they would have started from scratch…number one, they wouldn’t have a software solution, they’d have a phone number – all the things that make the business difficult to implement, we take care of.”

Build a platform, and they will come?

The founders, Craig Sher, Ken Schwartz and Harjinder Sidhu, have technology backgrounds which involve their two previous firms – a consulting firm and software company – which did engineering projects for most of the big banks on Wall Street. Over the years, they accumulated the IP and staff needed to launch something like StearClear. Of the $500,000 in funding, only 20% is outside funding from Accelerant Capital Partners, the rest is from the founders themselves.

StearClear is live in parts of N.J. now during its first public test, a 3-month beta where the idea is put into action for the first time. Stay tuned.