Sonos has just announced an update to their Sonos Controller software, specifically for Mac and PC. The app, which runs on Mac, PC, iPad, iPhone, and Android, now comes in 12 different languages, including Brazilian Portuguese, Danish, Dutch, English, French, German, Italian, Japanese, Norwegian, Simplified Chinese, Spanish, and Swedish. And that’s only the beginning.

The Mac and PC versions of the app have undergone a rather hefty makeover and now have new features. For example, Sonos software now allows for a Mini Controller on the desktop or laptop, allowing you to change songs or control the volume without leaving the app you’re working in.

The Mac/PC version of the app also offers a unified search box that will bring in results from music libraries, internet radio and various music services. Drag and drop functionality has also been added for more efficient playlist creation, along with One-Touch party mode, which lets you control the volume in all grouped rooms at once.

Of course, there’s a redesign somewhere in there too just to maintain uniformity, but I don’t see anything too staggering about the new UI to warrant a full-fledged discussion.

Android devices will also see a little update, in the form of access to the SonosNet wireless mesh network. This improves wireless connection between Sonos hardware and your Android device. 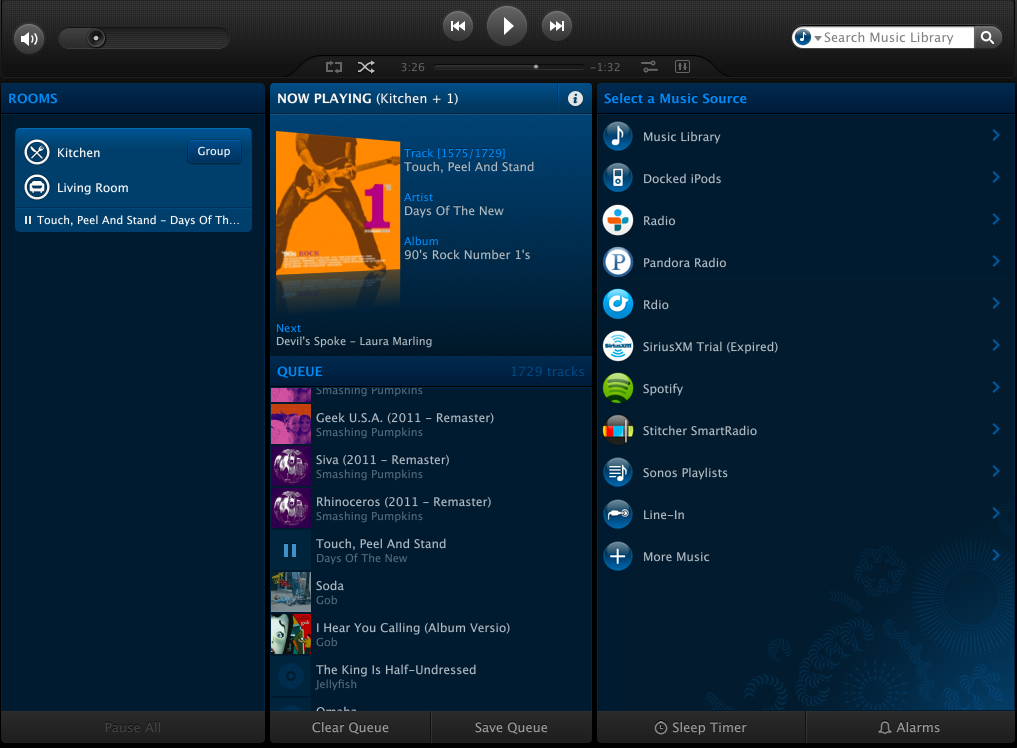