NationBuilder allows non-techies to create a branded website, blog as well as import contact lists and send email blasts directly from the site. In terms of social media, NationBuilder allows you to integrate multiple Facebook and Twitter accounts and Tweet and Facebook Message from these accounts. Even the ability to send mass text messages is fully baked into the platform.

The platform also includes a finances dashboard that will track the number of donors, average donation per supporter, amount raised in the day, the month, the year, the primary to the entire election cycle. Users can set a goal for the amount of money to raise or number of donors and a prominent thermometer displays the progress to your supporters. And NationBuilder hooks directly into Authorize.net, PayFlow Pro, and other payment processors.

Other features include event management with ticketing, volunteer organization, maps, calendars and much more. It is essentially a one stop shop for creating a website for a political campaign. Pricing ranges from $19 per month. Email and text blasts are extra and the startup allows users to try out the platform free for two weeks.

And it’s not just political campaigns that are flocking to the site. People have used the platform to rally support around films, mobilize volunteers for education reform and more. For example, political consultant Brian McGuigan used the platform to create a nation for School Choice Week, which organizes hundreds of events across the country to encourage choice for educational environments (public school, charter, magnet, virtual, etc.).

NationBuilder was founded by Jim Gilliam, a documentary film producer who also has significant web experience. He helped launch Business.com as its Chief Technology Officer, and worked at Lycos back in the day. Gilliam founded NationBuilder as a passion project and quickly realized the need for an inexpensive, easy to use platform to help political candidates (and nonprofits) build a presence on the web. Designing a service that is specifically meant to organize people is still a complicated process and requires a tech team and thousands of dollars. Gilliam wanted to democratize this.

As mentioned above, Joe Green, co-founder of Causes, a popular Facebook application, and one of largest online and social platforms for activism, is joining as co-founder and president (check out this video of Green from last year’s f8). Gilliam is remaining as founder and CEO of the company. As Green explains to us, NationBuilder is already making major changes in community organization and local politics. 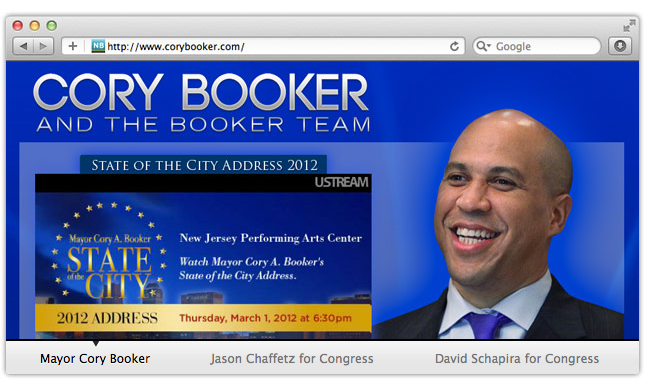 “Grassroots organizing tends to be most available to big campaigns, but it’s actually most useful to small ones,” Green says. “You can’t win a presidential campaign without going on TV, but you can win a local election simply by organizing your community. NationBuilder levels the playing field.”

“NationBuilder is that rarest of products that not only has the potential to change its market, but to change the world,” said Ben Horowitz, general partner and co-founder at Andreessen Horowitz. “Jim Gilliam is the perfect CEO to make that happen.” Read more about NationBuilder on Ben’s blog today.

I spoke with Horowitz about why the firm invested and he said that the Gilliam’s expertise and vision for community organizing made him an ideal entrepreneur to invest in. “He understands the problem politicians and organizations face better than anyone in the world and is also a great computer scientist,” says Horowitz.

He added that when the firm did reference checks on how the software was performing, they saw that people were actually winning elections because of NationBuilder. And he believes that the platform can expand across many verticals for community organization. In the end, he says that NationBuilder exemplified one of the core theses for AH’s newest fund, Fund III, which is software that is transforming industries.

The new funding will be used for marketing and sales and for hiring organizers to contact local candidates and organizations to use NationBuilder.

The timing for NationBuilder to ramp out marketing is right. As campaign season heats up, NationBuilder will undoubtedly help serve organizations and local politicians manage everything from fundraising to community outreach. But after speaking to Green and Gilliam, it’s clear that the startup has a broader goal of helping anyone and everyone manage community outreach and grassroots communication. Clearly investors are betting on this as well. 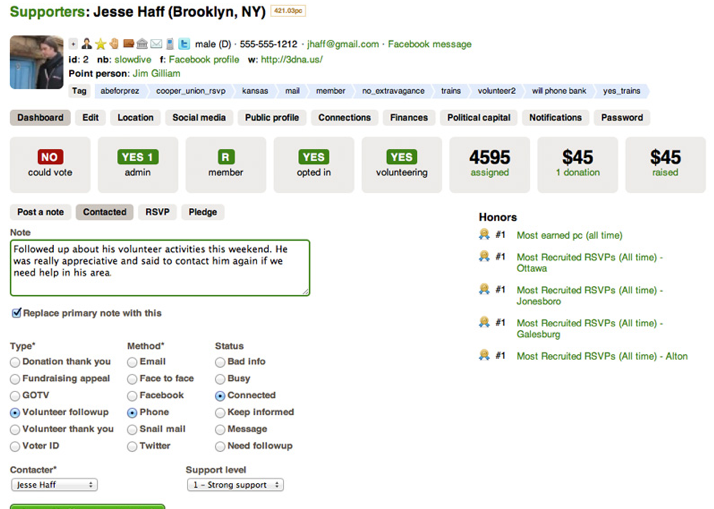