A research team with members from University of Michigan and University of Pennsylvania has been investigating the feasibility of what they call “computational sprinting,” a technique by which existing chips could be made to operate at hugely increased speeds for short periods of time. They have concluded that “it is indeed possible to engineer such a system.”

Not the best of news to readers who were hoping for these sprinting chips to hit the market next year, but the news shouldn’t be set aside just because at the moment the implementation is theoretical. It could change the way you use your devices.

The processing and storage in our phones, usually in system on a chip form, have been gaining speed for the last few years, but there are a few physical restrictions that prevent them from working at full capacity. First there is the fact that fast chips require a lot of power, and battery technology isn’t up to the task.

Then there is the heat generated by these chips — our laptops and desktops have lots of space for air to move, by comparison, and fans to usher hot air out and cool air in. Phones don’t have those luxuries, so the amount of work they can do at any given time is limited. The transistors on the chips can’t be active for long or they’ll cause too much heat and melt themselves or surrounding components.

But the kinds of things that require a large exertion from the processor are rarely sustained for long: converting the information from a camera sensor to a JPEG, or unpacking a compressed file. The researchers asked themselves whether they could design a chip that could spin up to a much higher speed, but only for a limited time, as the heat generated would be, for the system, immense. The transistors involved would have to “rest” afterward. 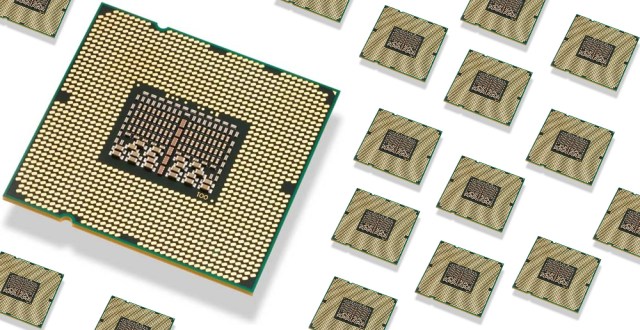 Their research suggests that a chip could be designed with (in their implementation) 15 additional cores sitting dormant, but available to be activated instantly for a full second, pushing the device to ten times its “resting” speed. The heat generated would be handled by non-traditional means, like a phase-change heatsink.

The implications of being able to put a processor into overdrive for just a second are huge. Loading assets into RAM, reading and decompressing files, tasks which often slow the launch or operation of an app, could be blasted through and the phone returned to a normal state once the heavy lifting was done.

Whether the researchers’ model or another will be used, the concept of a sprinting CPU seems sound. Others are implementing ideas that seem parallel (so to speak) to this one: multiple cores, specialty on-call silicon, and ARM’s big-little chips.

The paper was presented yesterday at an event in New Orleans; the researchers are Arun Raghavan and Milo Martin at Penn, with Thomas Wenisch, Marios Papaefthymiou, Kevin Pipe, Yixin Luo, and Anuj Chandawalla, from Michigan.