Gnzo, the video startup that made its debut at TechCrunch Disrupt in September 2010 (it was called Gunzoo then), has its first consumer-oriented product ready. Named after the Japan-based maker itself, Gnzo (pronounced gun-zou) is an iOS application that can best be described as “Instagram for video” and a (pretty cool) multi-video viewer rolled into one (free download in English/Japanese).

Users can shoot six-second videos, upload the them to Gnzo, and share them with friends on Gnzo itself, Twitter or Facebook in just a few seconds. It’s also possible to tag videos, leave comments, “clip” videos you like, or follow what friends are posting (there is also a “public” screen where new videos are getting uploaded constantly).

However, Gnzo doesn’t offer filters or other effects to add to content. As opposed to apps like Vlix, Viddy or Recood (to name just a few), a key selling point here is the multi-video viewer that allows users to arrange videos in a matrix as a group related to a specific tag or user.

Here’s how a Gnzo matrix looks for keywords like “color” and “sky”: 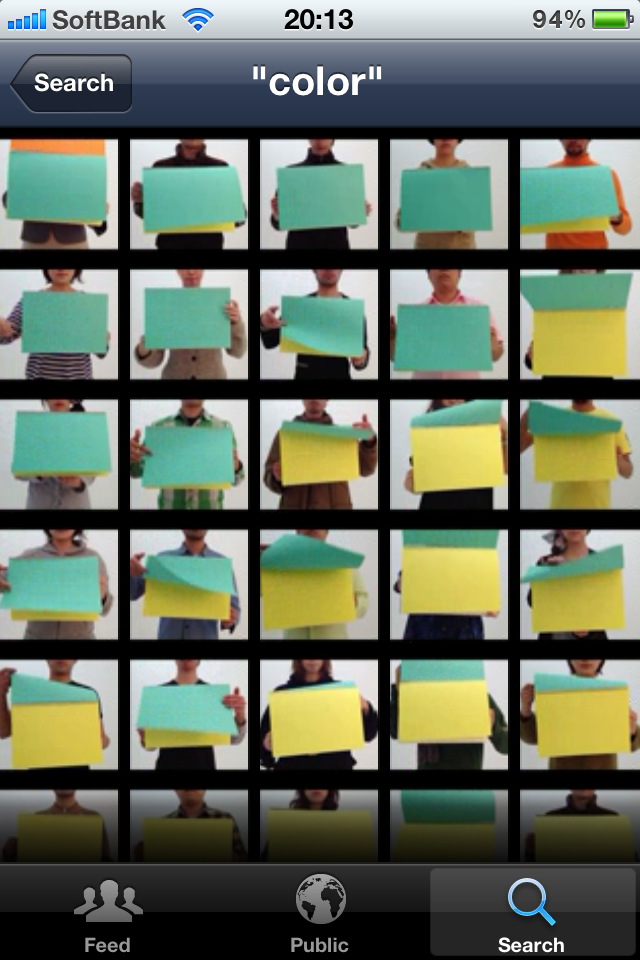 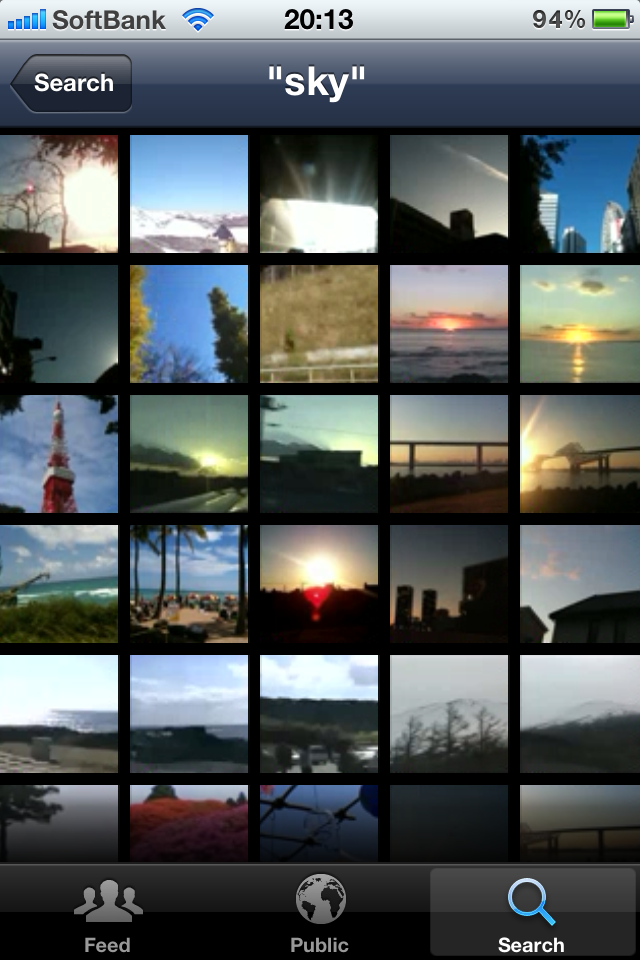 What’s cool is that Gnzo plays all videos (up to 30 of them on a single screen) simultaneously, meaning that in the app, the thumbnails you can see above aren’t images but “mini videos”. Users can continuously scroll down the feed to see additional sets of 30 videos: a tap is enough to view a specific video in full-screen mode (see below). 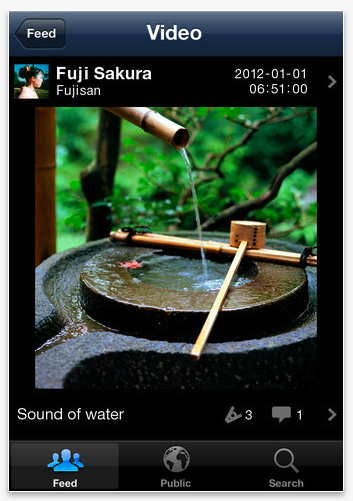 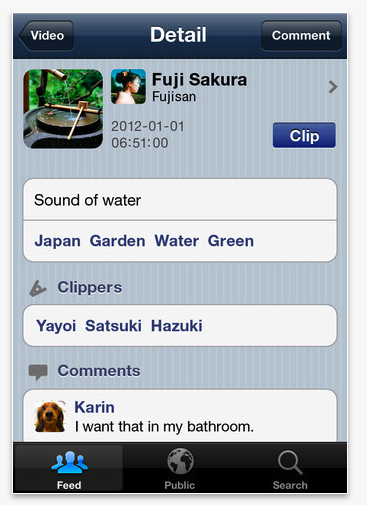 This how-to video shows the app in action:

Gnzo’s core technology is an impressive piece of video technology called “fabric video”, which was developed by Prof. Kasai’s Lab (Prof. Kasai is a Gnzo co-founder) at the University of Electro-Communications in Tokyo. (At said TechCrunch Disrupt event, Gnzo was pitched as an alternative way to search for and organize video content, mainly for businesses like device manufacturers, video ad providers, or web platforms like YouTube. Watch this video for more.)

Gnzo, which is currently in beta, is available on iOS only at the moment, but the eponymous startup says other versions (for Android and tablets, for example) are planned.

Here is another Gnzo demo:

More information and Gnzo videos can be found on the app’s Facebook page and the corporate website.