Float (no, not that Float – what is with the duplicate names for startups lately?), is a new, minimilist scheduling application for teams. The software comes from the New York-based startup Pixel Paddock, whose three co-founders have some 30 years of combined digital agency experience behind them. They know first-hand what agencies need, and designed the software to suit. But agencies aren’t the only ones who could benefit from using Float – studios, firms, and other small teams that need a simple scheduling complement to their project management suite or current workflow may find Float useful.

Although the project/task management space seems to be a crowded field, with all-in-one solutions like Clarizen and Podio, Basecamp, and new entrants like Schedule and ResourceGuru, just to name a few, Float was designed to be easy and straightforward to use. It’s also not meant to replace more complex PM tools, only to run alongside them.

To use Float, admins set up project tasks, which they can drag-and-drop into the scheduling space. Employees are tagged with their skill set (like “Photoshop,” Javascript,” etc.) for easy search and assignment, and several built-in reports give you both a view of your team’s current utilization, their utilization over the coming weeks, or in the past. There are also built-in email notifications, so Float can send out weekly schedules to team members, as well as schedule updates. 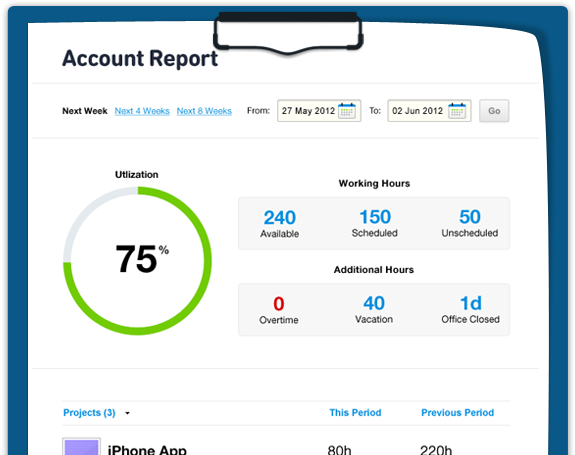 “The trouble with agencies is that they’re the ones that have the most problems with having multiple teams and multiple projects and having to balance the time between those,” explains Glenn Rogers, CEO of the bootstrapped startup’s focus on the digital agency.

“But to be honest, Float would apply to any group of people, whether that’s freelancers with a small team under them, small studios, or even accounting firms that have clients they need to service,” he says.

To that end, Float already has 120 active accounts helping it beta test the software (for free, it should be noted). And it will continue to offer a free version in addition to the three pricing plans starting at $19/month. (Just scroll down on the pricing page – they’re sneaky about tucking away the free plan below the fold).

As for the simplicity? That was the hardest part.

“Simple is hard. Every feature that’s in this had to fight to be a feature,” says Rogers. “And we took a lot of features out because it either complicated the user flow or just wasn’t quick enough. It’s very easy to add a feature, but it’s very hard to take a feature out.”

More info on Float is available on the homepage here. 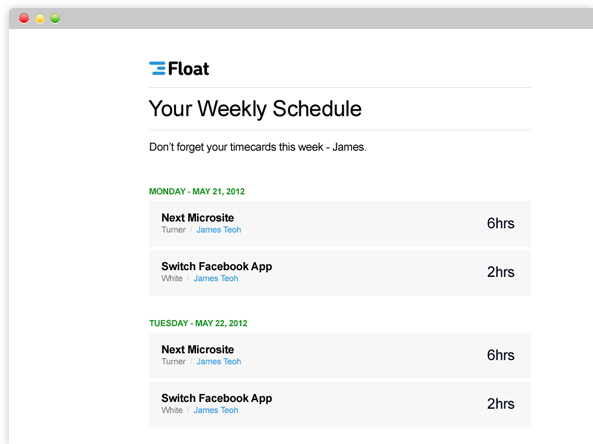