What’s the hardest thing about building a successful mobile app? If you answered “building a mobile app,” you’re wrong. It’s getting your app found. With over 600,000+ iOS applications, and now some 450,000 on Android, the real challenge for developers is having their app surfaced higher than hundreds of other competitors in the app store search results. Doing this correctly involves ASO, or app store optimization. It’s basically SEO repurposed for mobile, and because we’re still in the early days of the mobile ecosystem, it’s simpler to optimize apps than webpages.

But developers are often lacking knowledge, and especially tools, to help them out on this front. That’s where the newly launched App Store Optimization Keyword Volume estimator (whew!) comes in.

Don’t let the utility’s wordy, boring title fool you – this is a killer product for mobile developers. (If you want, you can pretend it’s called App Store Rockstar or something, if that makes it more palatable.) Created by AppStoreHQ, where it’s been tested internally for several weeks, the ASO Keyword tool tells app publishers how frequently a query is being searched for in the app store.

To use the tool, developers enter their app’s URL, and those from their competitors. The software will then analyze the metadata of the apps entered and make recommendations as to the most important keywords to use. This will help you see, for example, if your competitors are focusing on a particular keyword that you may be missing. It will also show you how frequently that term is being searched across app stores.

In addition to showing the keyword suggestions, the utility also shows your app’s current ranking in a chart, a graph of rankings over time, the current top 10 apps in the category and more. 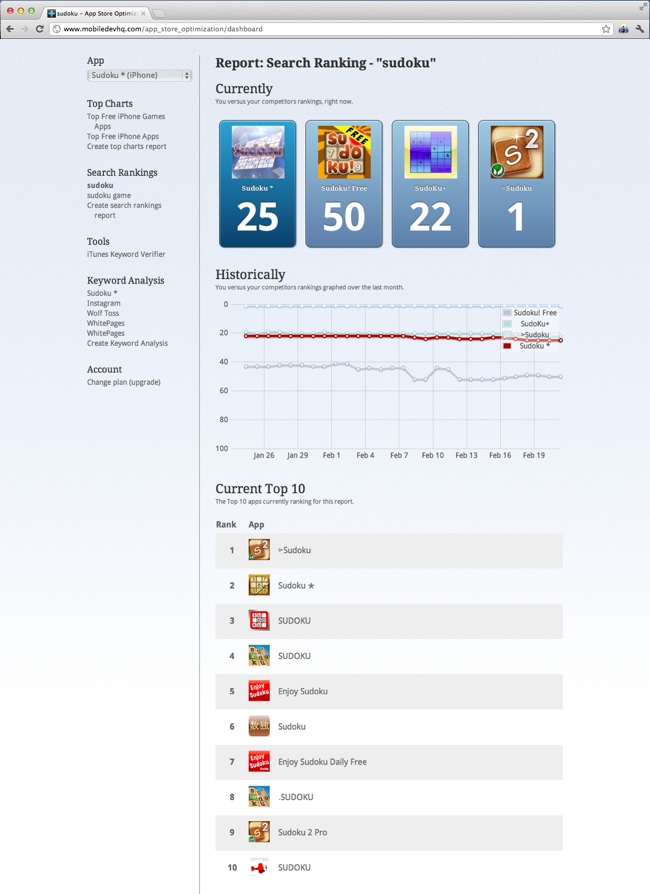 Unfortunately, there is a drawback here. Google and Apple aren’t keen on sharing their exact search volume data, so the utility has to rely on third-party sources. At launch, the service is using a handful of sources, including AppStoreHQ, AppESP, Google Trends, and Appolicious. However, the plan is to add more sources in the near future. In the meantime, the data is kept up-to-date within the last 24 hours, the company tells us.

In addition, the tool only supports iOS and Android for now, but that’s obviously where the biggest issues are in terms of discovery. Case in point: just this past week, the cool universal remote app called Clik launched, leading to lots of press coverage, but the startup had problems converting users to app downloaders. Why? Because they couldn’t find the darned thing! Over the weekend, a search for “clik” in the Android Market wasn’t even showing the app on the first five pages of results. The problem has since been resolved, but it’s the kind of thing that happens all the time. Focus on product and press, forget ASO…get burned.

If you’re interested in testing out this new utility, a 30 day free trial is available. Afterwards, various pricing tiers starting at $14/month up to $99/month are offered, depending on the number of apps and reports needed. More information is here on the product’s homepage.

P.S. You can use the code TECHCRUNCH100 to get 3 months free. 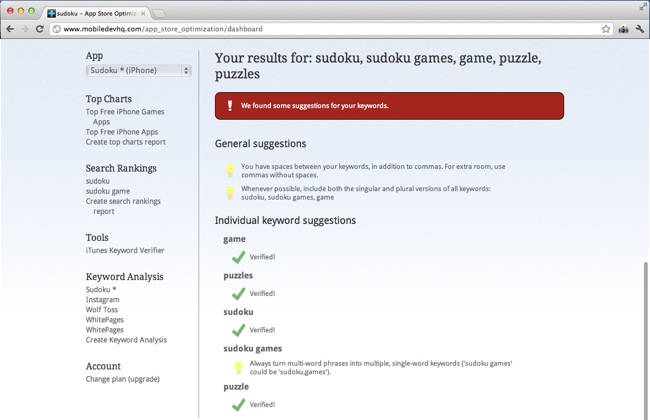 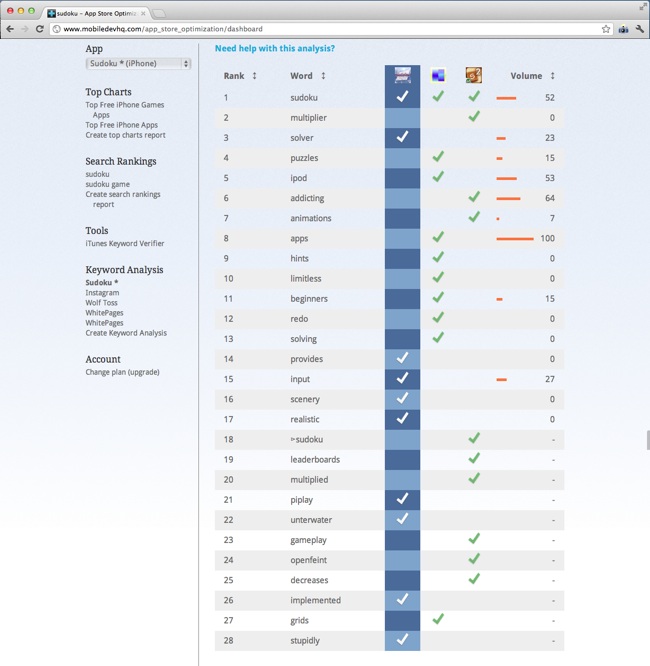