A little more than a week ago, the Clik smartphone app launched, resulting plenty of press coverage and more than 100,000 downloads on iOS (at least according to Clik). But there was one area where the launch fizzled — in the Android Market, where the Clik app is apparently invisible to searches.

“Over the weekend, as we get all this hype, nobody could find our app,” says CEO Ted Livingston.

Even today, if you search for “clik” in the Market, the app doesn’t show up in the first five pages of results. (It may be hidden even more deeply than that, but that’s as far as I went.) It’s not clear what’s going wrong, but I’m guessing that the Android Market assumes you made a typo and searches for “click” instead — hence search results that are topped by “1-click cleaner.”

Whatever the reason, Livingston says Clik’s absence from Android search results “really hurt us” — on Android, the app has only seen 1 or 2 percent of the downloads that it has on iOS. The company has been tinkering with its Android Market listing and reached out to Google for help, but there’s no solution yet

I’ve emailed Google about this post and will update if I hear back.

Clik was created by the same company as the Kik Messenger app, and it allows smartphones to play and control YouTube videos on any screen with a Web browser. (There’s more information about how it works in my initial coverage.) Livingston’s goal is to turn Clik into a platform for video, photo, music, and game services. If you’ve been searching unsuccessfully for the Android app, you can download either version of the app here.

Update: It looks like the issue has been fixed. Clik is now the number three item in the search results. 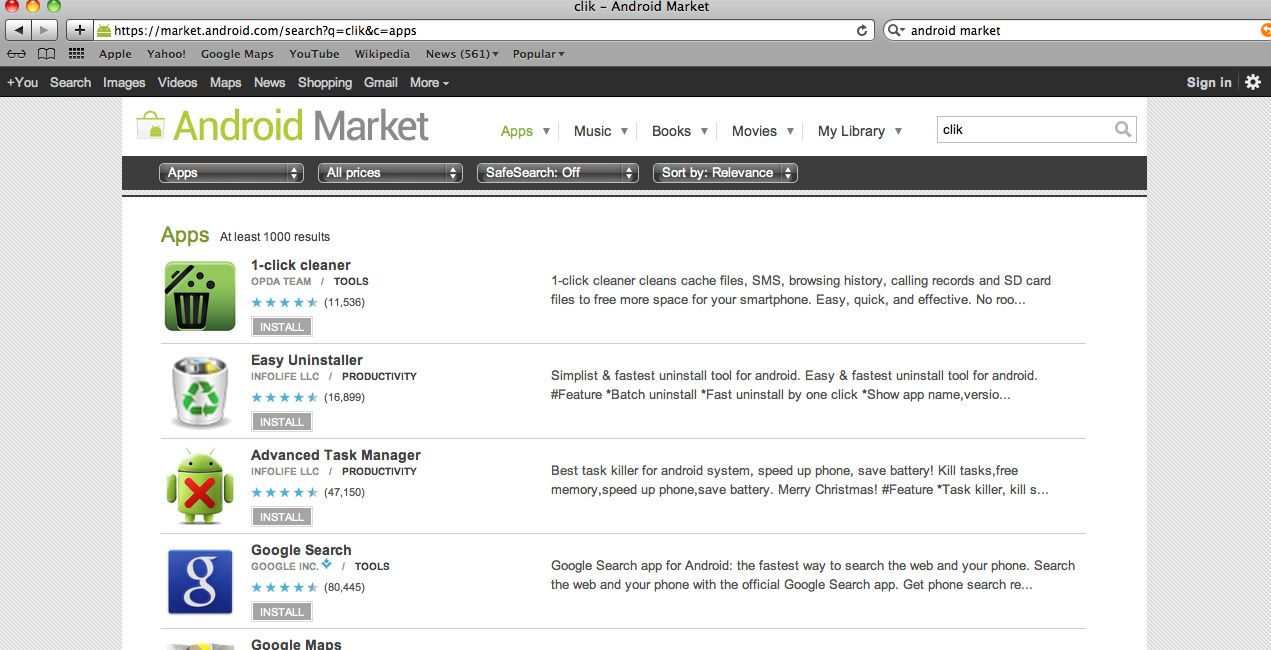