It’s hard to believe that Mobile World Congress is right around the corner, but here we are with just under two days to go until the festivities begin.

TechCrunch’s MWC delegation is ready to bring you the latest and greatest in mobile tech straight from the heart of Barcelona from the moment MWC kicks off, but there’s going to be gobs upon gobs of nifty stuff on the show floor. Just for your reference, here’s a quick recap of some of the things you should see once we touch down and head into the breach. 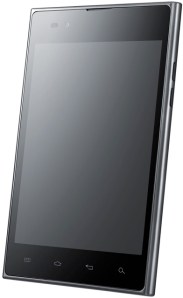 LG’s handset business has seen better days, which is why the company seems so intent on making a splash at MWC. In addition to the (peculiar) LG Optimus Vu the company has announced something like seven new Android smartphones to be released this year — here’s a quick rundown:

Optimus 3D MAX and 3D Cube: Remember the LG Optimus 3D/Thrill? Meet its new brothers, which both happen to pack a 4.3-inch 3D display, a 1.2GHz dual-core processor, and NFC support into a 9.6mm thick body. The big difference between the two? Well, the MAX ironically only has 8GB internal memory while the Cube has 16GB; the Cube also sports a NOVA IPS display panel while no mention of the MAX’s screen tech has been made.

L-Style Series: Despite some recent twists and turns, LG is fully capable of designing and producing some striking phones (the Chocolate series, anyone?). This new line of Android phones consists of three devices meant to strike at premium, mid-range, and low-end niches, and aspire to five lofty “aesthetic elements.”

While these are all interesting in their own right, I’m personally looking forward to the possibility of an LG phone running on Mozilla’s Boot-To-Gecko mobile OS. 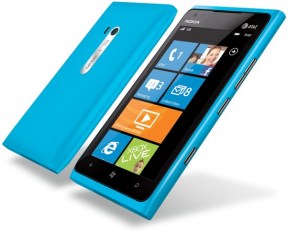 The success of Nokia’s first Windows Phones already propelled them to the top of the vendor heap, and the folks at Espoo are looking to keep it that way with the introduction of two new devices.

Well, maybe just one new devices. The Lumia 900 already got a bit of spotlight when it debuted at this year’s CES, and Nokia is expected to unveil a Europe-bound version (sans LTE support) at the show. Nothing new here.

Meanwhile, the Lumia 610 is reportedly a new budget-conscious offering that’s expected have the specs to match the price tag. It always seemed to me as though the 710 was meant to plug that particular hole in the market, but with the Windows Phone Tango update poised to target developing markets, more low-cost hardware certainly couldn’t hurt.

Nokia also took to teasing us with a video hyping their Pure View camera technology, which only begs a new question – which phone will it end up in first? 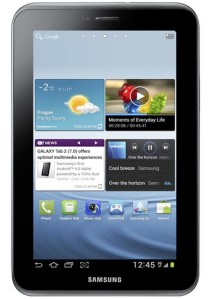 Samsung surprised many of us when they announced that they wouldn’t hold a keynote at the show that previously saw the announcement of their flagship Galaxy S II. Don’t count Samsung out just because they’re not packing a new Galaxy successor though — they’ve got more than a few gadgets that will probably enjoy their turn in the spotlight.

The new 7-inch Galaxy Tab 2 (pictured right) is likely to be one of them, as well as Samsung’s speedy new spate of quad-core Exynos processors. And who could forget handsets like the Galaxy Ace 2 and the Galaxy Mini 2? (I just did, honestly.) If nothing else, it’ll tide us over until the separate event scheduled later this year where the Galaxy S III is expected to be unveiled. 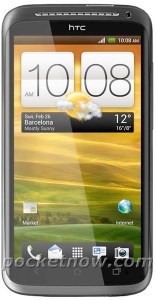 We’ve already taken a look at what HTC will be bringing to the Barcelonian table, but here’s a quick recap in case you don’t much feel like clicking. The Taiwanese company is expected to unveil three new handsets, all sporting the One-series moniker.

The slim One X (previously known as the HTC Edge/Endeavor) looks to be the flagship model in the line, while the even-slimmer One S (aka the HTC Ville) shoots for the mid-range. Meanwhile, the music-oriented One V (which is expected to be a twist on the HTC Rhyme) is expected to round out the trio.

Those three handsets could be joined by the HTC One XL tablet, which previously made the rounds under the guise of the HTC Whatever. If the tablet does indeed materialize on the show floor, don’t expect a follow-up anytime soon — HTC has said they will be reducing their presence in the tablet market at least for a while. 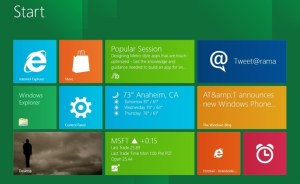 Yep, if you haven’t heard, the Windows 8 Consumer Preview will be launched and demoed on the 29th.

Oh, and expect Microsoft to spend some time talking up their forthcoming Windows Phone updates – Windows Phone Tango is meant to run on less-robust hardware making it an ideal fit for low-end, high-volume devices, while Apollo should pack support for LTE, multiple screens, and considerable integration with Windows 8.

After CEO Jonney Shih’s legendary unveiling of the company’s Padfone, I’ve long wondered when this magical (and more than a little ridiculous) thing would see the light of day. The answer, it would seem, is at MWC 2012.

Asus also teased us with their “Twice The Detail” video, which points pretty markedly at a high-resolution tablet of some sort. It’s very possible that the company’s high-res Transformer Prime TF700T tablet will be making an appearance on the show floor, but I’m hoping that Asus has something new and shiny for us to drool over.

The Rest Of The Pack

If this seems like a lot of gear to keep tabs of, you don’t know the half of it. This is just a fraction of the stuff to be seen at MWC, and I have a feeling that some of the best stuff is yet to come. Stay tuned!