Editor’s note: Guest authors Ben Jiang and Gang Lu are the editors of TechNode, a bilingual blog based in China.

As Facebook’s imminent IPO became the talk of Silicon Valley and Wall Street, you might have read from the social networking site’s SEC S-1 filing that it pulled in more than $1 billion in profit on revenue of $3.71 billion last year. What Facebook’s prospectus will not tell you, is that the social giant has taken a page from Tencent’s business model, at least according to the Chinese Internet giant’s CTO.

Xiong Minghua, Tencent’s CTO, said in a speech at the ChinaBang Awards ceremony (which was hosted by my Chinese bilingual media blog, TechNode) that years ago in its early stage, Facebook encountered some serious pitfalls such as where Facebook was heading (product direction) and how to make money (business model). So how did Facebook solve these problems? 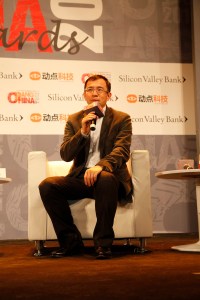 “Frankly speaking, [Facebook] learned a lot from Tencent with regard to business models”, said Xiong, “Facebook and Tencent have communicated in depth on that front in Facebook’s early stage. I visited Facebook back in 2006 and they cared a lot about Tencent’s business models—especially our micro payment, they studied it thoroughly. Their staffs visited us many times and we had lots of communication in the past few years.”

He also mentioned that before Facebook’s inception, U.S. Internet companies’ one and only business model was online advertising. Then Facebook introduced micro payments and selling virtual items. Advertising is still the vast majority of Facebook’s revenues, but payments are already a $557 million business, and growing fast.

On the other hand, Xiong sang high praises for Facebook’s part in ushering in a new age in the history of the Internet—opening up to the outside world rather than sealing it off. He said the “Facebook open platform” marked the beginning of a new era, and nothing that came before it has had such an impact on the proliferation of startups.

At the same time, it seems to him that the lesson of Facebook, and even of Tencent, is that you don’t have to and can’t afford to wait for a perfect team, the best user experience, or a proven business model to start your own cause. These are the things to be solved while on-the-go. They’re part of the entrepreneurial path rather than the prerequisite. It might take longer for some to figure everything out than others, but the point is to stick to it. Tencent once considered selling the company, he notes, but luckily, it didn’t and hence it has built its own internet empire in China.