With the end of February nearly in sight, the tech community is all abuzz with talk about Mobile World Congress, the huge mobile conference set to take place in beautiful Barcelona in just over a week. All the big players will be there (though some will be less conspicuous than before), and of course among them will be Taiwan-based phone giant HTC.

Though HTC kicked off the Android device movement with the venerable G1 in 2008, the company has recently fallen on some hard times. Stiffening competition in the mobile space led HTC to finally break their long growth streak this past quarter, which has led company brass to take a step back and reevaluate their strategy.

Now with a renewed focus on creating a smaller number of “hero” devices this year, we’re expecting HTC to show off some serious hardware at MWC. Fortunately for us, some of the folks inside HTC just can’t seem to keep quiet, which means rumors and leaks are flying around like crazy. We’ve taken the liberty of sifting through all of the information to give you an idea of what HTC will have on display this year at MWC. 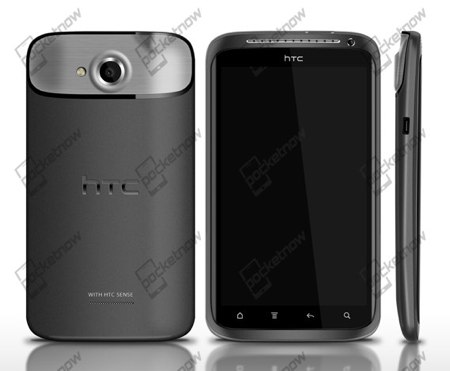 I like to think that the One X was what HTC had in mind when they started talking up their new hero phones. Formerly known as the HTC Edge or Endeavor, the Ice Cream Sandwich-powered One X is the company’s first quad-core smartphone thanks to the Tegra 3 chipset buried deep within it. It’s expected to have 1GB of RAM and 32GB of internal storage — a smart choice, considering HTC seems to have omitted the memory card slot. Fortunately, the word is that mass storage support has been added, which should make shuffling episodes of Doctor Who between the device and a computer a breeze.

Though I’m usually not a fan of custom UIs, Sense 4.0 should look mighty nice on that 4.7-inch 720p S-LCD display, while 1.3 and 8-megapixel cameras grace its front and back respectively. Interestingly, its waistline doesn’t seem to be suffering much for it — the One X is expected to be under 10mm thick. 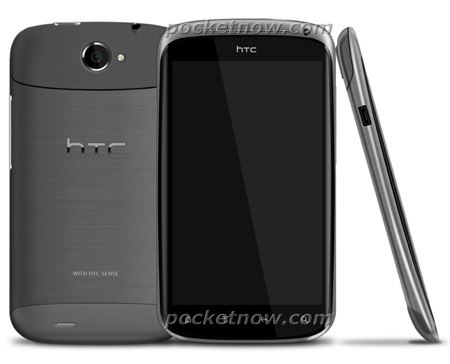 Those looking for a device that’s just a bit more manageable in the hand should take note of the One S. This little guy has been spotted more than a few times carrying the “Ville” moniker, and opts for a smaller 4.3-inch display instead of the One X’s gargantuan screen. On the software front, both Ice Cream Sandwich and Sense 4.0 are present and accounted for.

The One S expected to sport a 1.5 GHz dual-core processor, an 8-megapixel rear camera, and a VGA front-facer. Most notably, the One S is said to be under 8mm thick — hopefully it retains that wonderful solid feel that HTC devices are known for. 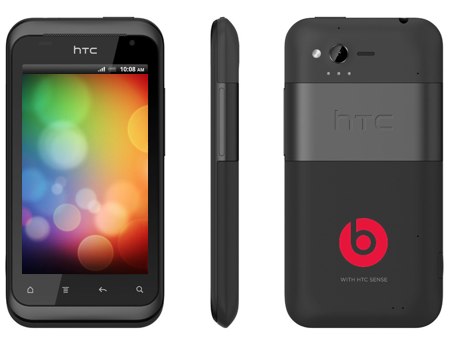 This Ice Cream Sandwich device is a relatively new addition to the rumor mill, and as such no spy shots have made their way out of HTC’s skunkworks yet — this is just a mockup. Sources have told Pocket-Lint that it’s a smaller, music-centric 3.7-inch screen display. The rest of spec sheet won’t set your world on fire: a 1 GHz processor, 1 GB of RAM, and a 720p video capable 5-megapixel camera round out the package. If those specs sound familiar, it’s because the One V is rumored to be a Beats Audio-enhanced version of the underwhelming HTC Rhyme.

If real, then the One V is an interesting addition to the mix. It’s clearly more of a mid-range device than either the X or the Sdone, and almost seems to drag the One series down a bit. It could be that HTC and I are working with different definitions of “hero devices” here, but a moderately-specced phone geared toward music seems a odd when the Beats Audio feature is easily transplanted onto other devices.

HTC noted earlier this year that they would be reducing their presence in the tablet market, but their Quattro tablet seems to have been in development long before that change of heart. The One XL (as it’s now expected to be called) features the same Tegra 3 chipset as seen in the One X, along with a 10.1-inch display running 1024×768.

It’s expected to cram all that plus 16GB of internal storage, a microSD card slot, and both Bluetooth 4.0 and WiFi radios into a a chassis that’s under 9mm thick — seeing a trend here? The One XL should also have some solid streaming media services to work with, as an HD-capable version of the HTC Watch app and a potential HTC music service are reportedly in the works too.

So what’s up with these names?

Specs aside, one of the more notable things about these devices is the new naming scheme HTC seems to have gone with. HTC hasn’t officially confirmed their new branding efforts, although Pocketnow and Slashgear have both independently corroborated the new names with their respective sources.

At first glance, it seems like a smart move for HTC — aligning their products into a single series allows them to promote the line as a whole as well as individually, rather than trying to whip up a marketing strategy for a handful of devices with no discernible connection beyond the OS and the logo. Nokia has been doing something similar with their handsets — after announcing the change on their blog, Nokia gave all of their new devices a simple model number.

The idea was that the number would quickly give users a bit of context: a Lumia 710 is a higher-end model than the (rumored) Lumia 601. It seems to be working well so far, but going with letters as HTC seems to have done presents a new set of issues.

Context? There is none.

In fact, I could see the names causing a bit of confusion. If someone asked you to choose between a One S and a One V without explaining anything, you would have no godly idea which was the better device. Not that most phone names have terribly descriptive either, but while they can be lofty and ridiculous (and sometimes long-winded), they’re at least memorable. This new naming scheme is far simpler, but much drier to boot — there’s no personality to be had here.

Still, it has its upsides. Customers won’t bemoan the addition of a, let’s say, One G, because it isn’t immediately obvious which phone is meant to be the better model. We’ll have to see if the One name sticks as these devices begin trickling into other markets, but there’s a very good chance that the hardware will shine regardless of the name that’s slapped on it.