As you’ll notice quite quickly from this infographic, we’re pitting the Droid 4 against its predecessor, the Droid 3, along with the iPhone 4S. For anyone who isn’t a die-hard Android fan, the iPhone 4S usually comes into the equation when it comes time to upgrade hardware. Since many of our reviews will be of Android devices (and Windows Phone) rather than iOS, we wanted to make sure to let you visualize the differences between the handset we’re reviewing and its biggest competitors.

Sorry for the announcement, but the boring part is over. Onward!

As you can see from our infographic, the Droid 4 is a solid step up from the Droid 3. It packs LTE, touts 1GB of RAM, has a bigger battery, and a front-facing camera. You’ll also see that Moto (awesomely) made the Droid 4 bigger than the Droid 3, while being lighter all at the same time. 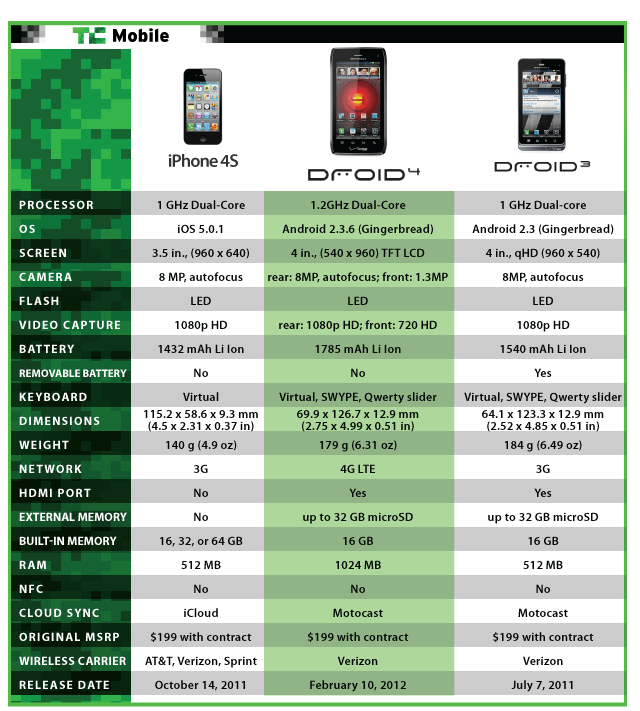