It won’t stop with Google Search Plus Your World. When asked if we should expect more integrations of Google+ into Google products, G+ director of engineering David Glazer said at today’s Inside Social Apps 2012 conference, “Yes, where it’s good for the user. I think there’s more places to make people happy by showing them content they care about.” At the first major speaking engagement about its social network, Glazer also discussed user acquisition, monetization, and support for brands.

Regarding Google+ expanding into more Google properties, Glazer said “I don’t think of it in the sense of cross-promotion or the importance of the product to the company. It’s the importance of users to users. People care about other people, and that should be baked in to what you do online. With Google+, we  don’t want another product, but we can make everything you do online better if we have some idea of your identity, your connections, and have some mechanism to have conversations. 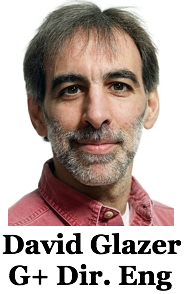 Glazer explained the slow roll out of the apps platform as a desire to “find the balance between people saying ‘I hope they never let anyone make a game on Google+’ and people saying ‘I can’t wait for games on Google+’. Google is taking this controlled approach to avoid the influx of spam that hit Facebook when it opened viral channels after its platform launched. Glazer said “If too many [developers] jump in, it could change the character of the platform.”

Plans for helping developers gain users will for now center around organic discovery. Glazer noted that Google+ games can also be accessed from the Chrome Web Store, and when launched will open an experience in Google+. Google has also created a “Play Now” button that developers can embed on their own sites to promote their Google+ apps.

Brands shouldn’t expect the equivalent of Facebook Page tab applications any time soon, unfortunately. During the Q&A I asked Glazer how brands will be able to drive their brand Page visitors to branded apps, for instance if Google will add the ability to feature links to apps on Pages. Glazer responded “We’re considering it. It’s a reasonable request but not one we’re prioritizing right now.” 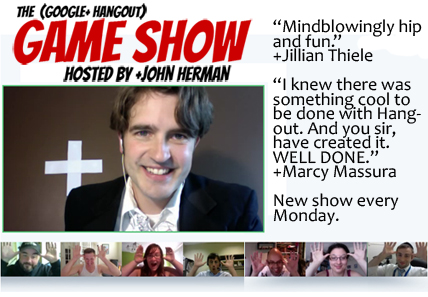 The most exciting thing to developers about Google in 2012 may be video. Glazer said “The Hangouts API is under the radar in beta, [but it will offer] a lot of opportunities for people to do cool things.  The trend is that now you can, then you couldn’t. There no cognitive friction, no technical friction, and there’s huge scale. What could I build if I assume I have cheap, interactive, easy-to-embed video, that lets me do silly things where everyone who tries it smiles.”