When we think about the distribution industry being disrupted, we tend to think about music and movies, whose physical media and vast shipment infrastructure have been rendered mostly obsolete over the last decade. To a lesser extent, we hear about print, and the effect of e-readers and web consumption on books and magazines. No one is making the change particularly gracefully, and the same can be said of the textbook business, which does millions of dollars of business every year selling incredibly expensive items to students — who likely consider them anachronisms.

Rice University, which has been pushing alternative distribution mechanisms for scholarly publications for years, has announced a new initiative, by which they hope to publish free, high-quality textbooks in core subjects like physics and biology via a non-profit publisher called OpenStax College. It’s the polar opposite of Apple’s iBooks textbooks, which, while they too help drag this dusty industry into the present, amount more to a new sales vector for the publishers than competition. 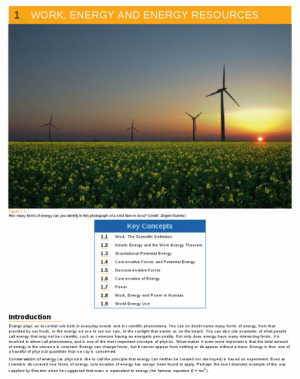 Rice and OpenStax aren’t the first people to propose open-source or free textbooks. There are collections here and there, like Flat World Knowledge and Apple’s iTunes U — but they’re decidedly short on the type of books a freshman might have to buy for their year of survey courses: Biology 1, Physics 1, Sociology 1, Psychology 1. And 11 Learning has a similar idea of collaboration producing a book, but their creation model may not be economically feasible.

And of course there are the many companies that want to remove textbooks from the equation entirely. Setting up textbook platforms on new devices like Kno and Inkling, making an environment for meta-curricular activities and non-traditional learning like Khan Academy, or virtualizing the whole education experience, something with which many universities are tinkering.

But textbooks are still big business, and their utility in the education system is difficult to argue with right now. So OpenStax splits the difference: fueled by grant money from a number of private foundations (i.e. not government grants), they’re putting together full-on textbooks, peer-reviewed, professionally laid out, and all that. These textbooks will be provided for free in file form. But supplementary materials — quizzes, videos, presentations, and the like, presumably — cost money.

It would be petty to call this a bait and switch, since the bulk of the material is being provided for free. And a savvy professor or TA can scrape quite a few supplementary materials from the web already, thanks to those post-textbook services already mentioned. Providing the meat for free and the potatoes for a price is perfectly reasonable.

What remains to be seen is the quality of the textbooks. So far OpenStax has signed up “in the low tens” of colleged and universities to use the books. Institutions probably are waiting to see how the next year or so plays out: everything is in flux and to commit to one platform over another when the true costs and benefits are still unclear would be a bad move.

OpenStax’s first textbooks, for physics and sociology, will be coming in March, with others following later in the year. A strange time to make a debut, in a way, as the school year is well underway and many intro courses won’t be offered. But it will give time for the creaking machinery of academia to notice, acknowledge, examine, and judge the OpenStax offering. It may be that they can demonstrate their agility in fixing, improving, and expanding the content on the fly, which could either impress or terrify nodding faculty members who use the same text for a decade at a time.