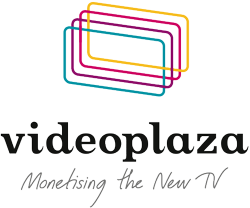 With the huge rise in the consumption of online video it follows that services to monetize that video are becoming hot properties. To that end, today Videoplaza, a ‘sell side’ ad management platform for video, has secured a Series B round of $12million led by Qualcomm Ventures and Innovacom. The company previously received rounds from VCs Creandum and Northzone, which also participated, which means VideoPlaza has received $18 million to date.

Given Qualcomm has a big stake in the future of the chipsets for video, this is a smart strategic investment.

Sorosh Tavakoli, CEO of Videoplaza says the money will go towards expansion and R&D efforts. The TV has a global value of around $160 billion according to some estimates, so there remains plenty of opportunity online as people switch viewing habits to IP delivered content.

Videoplaza says it has grown its international client base and delivered five times more ads in the last year across 17 markets, while opening new offices in Madrid, Berlin and Singapore. Bruno Dizengremel, Partner, Innovacom believes Videoplaza’s technology is “at the heart of the monetization strategy” for broadcasters and premium publishers.

Videoplaza has competition from multiple avenues including YuMe, spotXchange, among others, however its laser-like concentration on remaining a ‘sell side’ platform appears to be standing it in good stead, while others diversify their products.