NEC did it again: about 11 months after unveiling the world’s slimmest smartphone at that time, the company is ready to release another super-thin Android phone with a set of impressive specs (via Japan’s biggest mobile carrier NTT Docomo). Dubbed MEDIAS ES N-05D [JP], the handset will hit Japanese stores in February or March this year.

NEC rolled out quite a few Medias-branded Android phones in recent months, but this model is just 6.7mm thin and has the best specs. 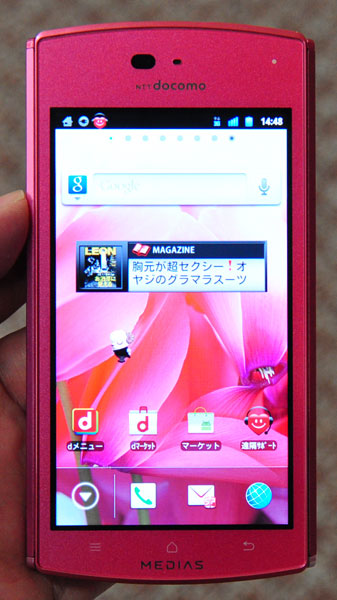 Here are the main features:

The MEDIAS ES N-05D might reach markets outside Japan at some point in the future, but there is no official word from NEC yet.