We’ve been following the Fanhattan iPhone/iPad app from the very beginning, when it was exclusively available for the iPad and only had a handful of content partners.

But the app has come along way in a short time — migrating to the iPhone and adding new content — and the company is today announcing an update that offers up way more functionality and content, though it may not be the kind of content you’d expect.

If you don’t already know, Fanhattan is an app that lets you discover new TV shows and movies that are available to watch on the iPad/iPhone. It features a Smart Filter which makes narrowing down content super easy and the app itself is quite beautiful, but today an entirely new layer is being thrown into the mix: news. 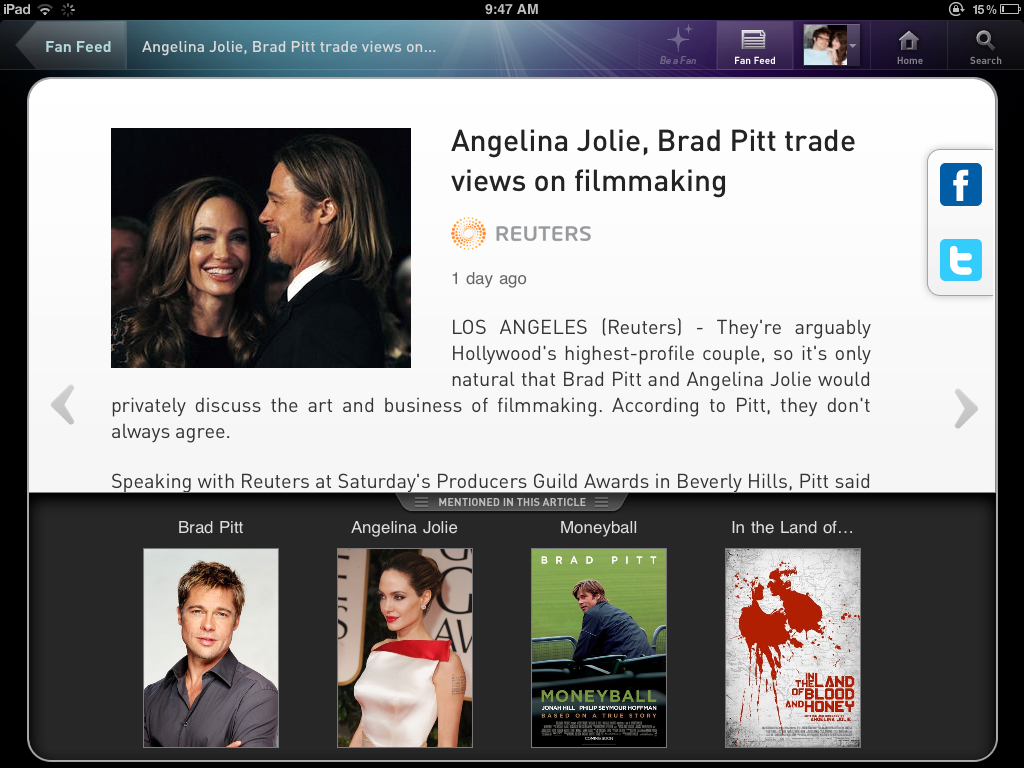 To start, Fanhattan is integrating a news feed into the app thanks to dozens of new content partnerships between Fanhattan and your favorite news sources (full list below). With news feed integration, you’ll now be able to “Be A Fan” of certain shows or movies, and as a result see all the news on that particular movie/show and its stars from over 60 sources.

Fanhattan already offers up Rotten Tomatoes reviews and actor bios, but bringing news sources into the equation should make it that much harder for Fanhattan users to veer outside of the app.

If you’re already a Fanhattan user, the update should show up right about now on your device. Otherwise, head on over to the App Store and check out what Fanhattan version 1.2 has to offer.