Other than the LG Spectrum, LG didn’t have much to show off by way of phones at this year’s CES show. But that doesn’t mean that something special isn’t in the works.

In fact, Pocketnow reports that LG’s 2012 flagship will run a Tegra 3 quad-core chipset and go by the name X3, at least for now. The phone likely won’t show up on store shelves until spring or summer, but we should hear an announcement (including a retail name) come Mobile World Congress in February.

Other specs include Android 4.0 Ice Cream Sandwich, which will be a must with most phones released this spring, 16GB of memory (with an SD card slot), and camera fun for everyone. By that I mean an 8-megapixel rear-facing camera and a 1.3-megapixel shooter up front for video chat.

The X3 will only sport three physical capacitive buttons along the bottom, rather than the usual Android four, but the phone still holds onto a number of important “fours,” like a quad-core processor and Android 4.0. I’m inclined to agree with the Inquirer’s opinion that the codename for this phone should be X4 rather than X3.

Last, but certainly not least, the X3 will sport a massive 4.7-inch 1280×720 display, NFC and the latest Bluetooth standard, 4.0. Pocketnow also reports that this bad boy will maintain a waist line under 9mm, which is impressive to say the least, especially with that reported 2000mAh battery.

The phone touts 21Mbps HSPA radio support, meaning we’re likely looking at T-Mobile or AT&T. That said, it wouldn’t be surprising in the least if the X3 had LTE support for AT&T’s brand new super fast 4G network. 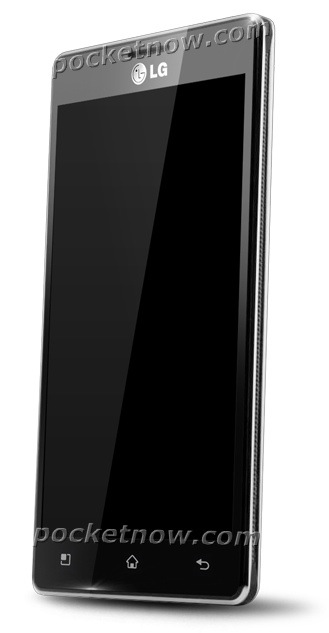