An Android developer by the name of Koushik Dutta is building an alternative Android app store which will house the apps that have been banned from Google’s official Android Market. These will include the custom ROMs (customized versions of the Android OS), classic gaming emulators pulled due to copyright complaints, unofficial tethering apps removed at the behest of mobile operators, Visual Voicemail apps, one-click rooting apps, and more.

The developer, who also goes by the name “Koush” online, suggested the idea earlier this month and received hundreds of positive responses in return. Today, he has posted a progress update, showing an early version of the store being built. (See below).

Dutta is well-known in Android hacking circles as member of the CyanogenMod team and the creator of ClockworkMod, a custom recovery console for Android devices. For the uninitiated, these terms refer to customized versions of Android software which users can install on their devices after rooting their phone, a process which gives them complete administrative control over their handset.

Rooting, similar to its iPhone counterpart jailbreaking, has been popularized among the Android community, and today there are many software applications which less technical users (i.e., those without programming knowledge) can use to root their device. It’s still a risky task, however, so proceed with caution – you could turn your phone into a nice paperweight if you screw up.

After rooting, users are able install replacement firmware like CyanogenMod, created by Steve Kondik, which offers a customized version of the Android OS, free from carriers’ control and customizations. There are now over 1 million active users of CyanogenMod. It’s a sizable community.

These users will have access to the new alternative app store when complete, assuming the project stays on track. The screenshot posted today shows a very basic page for app submissions – nothing that looks like a finished product. But it’s promising.

Although modding has always been a popular activity among the geekier Android crowd, it’s interesting that they’re now facing many of the same restrictions as their iPhone-toting counterparts when it comes to apps. Android may offer a more open app publishing process – there are no review boards or wait times involved – but there are still rules. Certain apps are not allowed, especially if they violate copyright or a mobile operator’s need to generate revenue from value-added services, like tethering.

This should be an interesting project to keep an eye on. 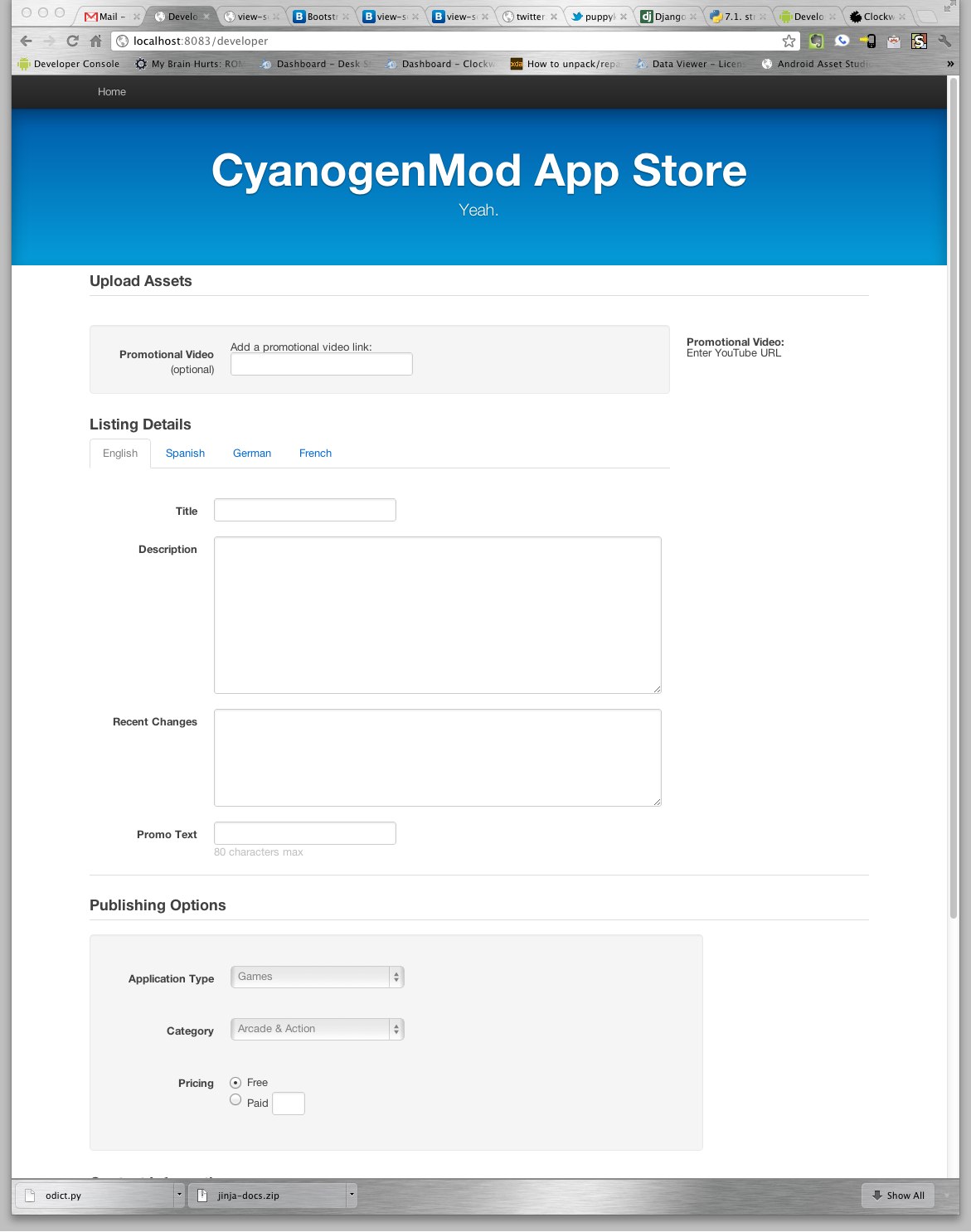