Microsoft’s quarterly earnings statement didn’t have any big surprises. It was generally good news: record total revenue, growth in many key sectors, big sales in Xbox, 525 million total Windows 7 licenses sold, and they even seem to be losing a little less money in the Online Services area. But all that is a side show. 2011 was a big one for Microsoft in mobile (at least, big in that they took major actions), but for their core businesses it has been a hold-steady year. 2012 will be an adventure.

Windows 8 is Microsoft’s next big thing. And trends suggest that by the time Windows 9 comes around, things in the personal computing industry may look a lot different. The way they handle this next phase will set the stage for the inevitable “post-PC era” changes.

Look at the changes they’re building into Windows 8. The unification of the UI with Windows Phone and, to some extent, Xbox. A focus on non-standard form factors. ARM support. Integration of cloud services and apps. They’re getting ready for a final battle that they know will end in capitulation by the PC side, but when that time comes, they want to have negotiated a good position from which to bargain.

PCs aren’t disappearing, of course, and much of Microsoft’s income is from their enterprise, server, software, and services divisions. Those will be around for a long time yet, and businesses will be running on Microsoft for years to come. But the zeitgeist is moving on.

Online Services is still costing Microsoft half a billion dollars a year, which could be seen either as an ongoing investment or a failure to launch. They’re losing less than they did this time last year, though, on account of some decent growth. 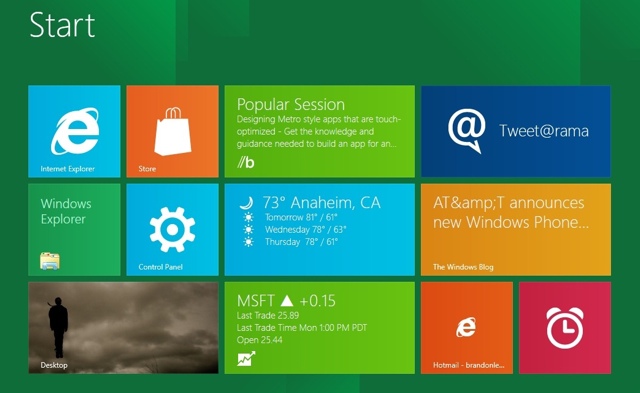 What we’re seeing is the awkward early-middle stages of an attempted enclosure strategy by Microsoft, and part of that strategy is reducing the role Windows plays. If Windows was originally the center of Microsoft’s army and mobile and services were the flanks, things are changing so that things are more equally weighted. Both mobile and Windows will be accessing the same services; Windows will be more mobile, and mobile will be more Windows. It’s actually a bit Apple-esque: you use one, you’re far more likely to use the rest. It’s a winning strategy if you have good products. Microsoft has good products, but they’ve never been particularly good at saying why you should use them over the competition.

One thing they’ve got going for them: the developing market. Places like China and India are a wild card, markets billions strong that are disconnected from the normal Western software trends. But as they emerge further onto the global stage and their consumers have more to spend, they’ll become a more potent market force. Microsoft noted in their call that developing markets were growing faster than developed ones. It shouldn’t come as a surprise, and certainly Microsoft sees what’s coming.

Will a newly-empowered middle class in China buy Macs? Will they buy Android tablets? Or can Microsoft get a foot in the door with, say, cheap Windows Phone 7 devices like the Lumia 710?

The next year will show Microsoft positioning itself for major product synthesis. The post-PC era isn’t here, as some people are fond of suggesting, but it is coming, and Microsoft wants to guarantee itself a part in it. Not an easy task for the company that pioneered the PC era. They almost seem obsolete by definition — but the straitlaced Microsoft has been loosening up ever since Vista, and they might just have learned enough to ride this next wave without washing out.