If you’re a developer of applications for iOS or Android — or a publisher looking to better monetize your mobile web content — you’re probably going to be interested in this post.

Today Appstores.com is launching what it’s calling an ‘AdSense for apps’ — in other words, an ad unit that publishers can embed in their mobile websites that will automatically display ads for native applications that are relevant to whatever text appears on the page. For example, if a participating publisher were to write a story about basketball, users viewing the story from their phones might see an ad for a basketball game or ESPN app in the App Store or Android Market.

Publishers get paid on an eCPM basis, while application developers participating in the new ad network can opt to get paid on a CPC, CPM, or CPI (cost per install) basis. There have been similar solutions available for native mobile applications, but CEO Ryan Merket says this is the first solution that can be embedded in mobile websites (to be clear, though, the ads being displayed are promoting native apps). 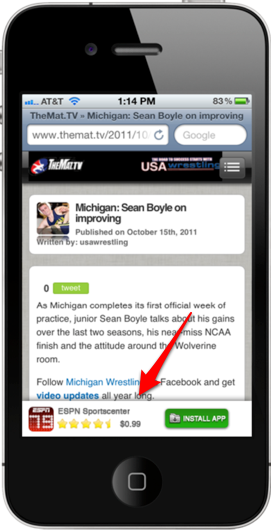 At launch, publisher partners on the ad network include 9GAG, The Next Web, Topix, and WPtouch — a WordPress plugin that generates a mobile-friendly version of WordPress blogs, and is used by 25 million mobile sites. Appstores.com says it has 300 million monthly mobile pageviews across its entire network right now, and it’s projecting 1 billion by the end of Q1 2012.

Alongside the ad network launch, Appstores.com is launching a complimentary product: publisher app stores. In short, the service is making it easy for publishers to craft their own niche app stores, where they can showcase whatever apps they like (a gaming site might feature a dozen of its favorite games, for example). The company has actually been testing the product for the last 6-8 months, but this is the first time anyone has been able to sign up and build a store for themselves. You can check out example stores at HelloBrit and FabFitFun, or see the screenshot below.

Of course, the Appstores ad network needs some participants on the other side of the equation: application developers willing to pay to promote their apps. Aside from promising broad distribution, Merket says Appstores.com is launching a directory that includes all iOS and Android apps. Developers will be able to ‘claim’ their profiles to access an analytics dashboard tracking how their applications are faring in the directory — and they’ll also be able to see if their app is being included in any of the publisher-created app stores.

Appstores comes from the same company that launched AppBistro, a Facebook app-focused marketplace that launched back at TechCrunch Disrupt NYC 2010. Merket says that AppBistro is doing very well, though it’s a bit more of a niche product. 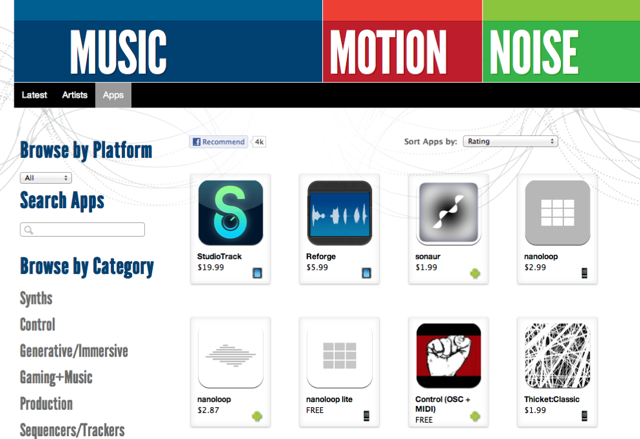