FixYa, a product Q&A site, took a look at its own holiday stats to collect some facts about many major cell phones and tablets including iOS and Android devices. The conclusion? iPhone owners tend to be most interested in fixing battery and call quality problems on Android users found a number of screen issues including freezing and problematic interfaces.

They also found that the iPad had far fewer support questions than the aggregate number of Android tablets. Obviously the cohort they surveyed isn’t very statistically useful, but they were able to grab quite a few percentages based on page views of various support questions.

On the gaming front, users overwhelmingly had the most questions about the Xbox 360 and PS3. Coming in third was the Wii and the DS Lite saw the least activity.

Out of all devices, the Xbox 360 saw the most “visits per device” at 188,342 while the iPhone saw 99,000. Oddly, Nokia and Blackberry devices also so a bit of traction as well. Windows itself came in at #4 behind the Wii.

The Coby Kryos was the most problematic tablet followed by the Galaxy Tab. 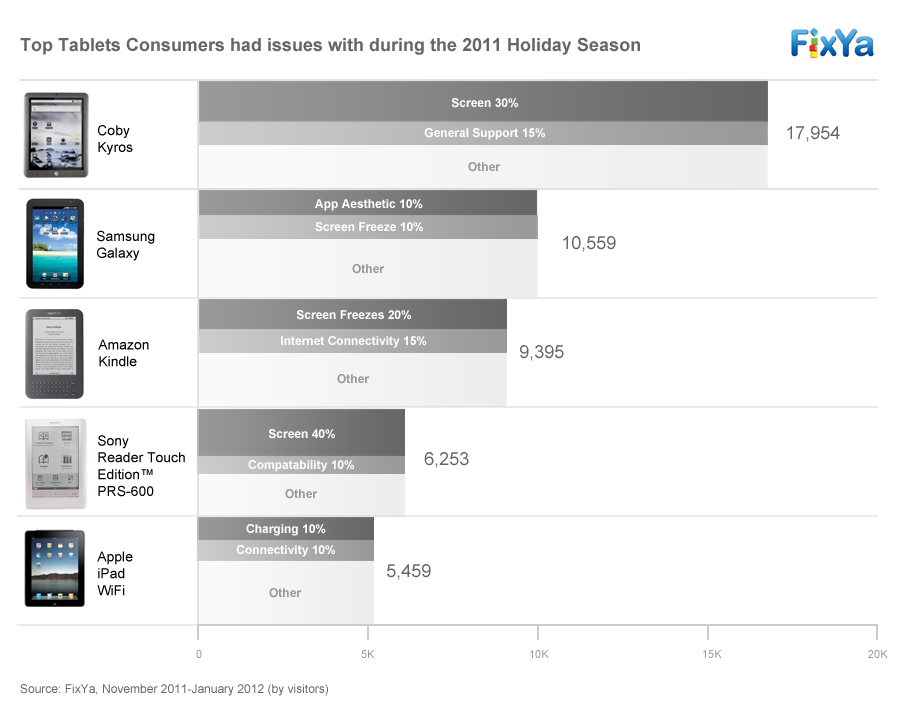 These sorts of stats are interesting because they offer a window onto what users are thinking about after unboxing their holiday gadgets and finding them lacking or problematic in some respect.