Today, Codecademy in conjunction with The White House announced a new program to educate the nation’s underprivileged and disconnected youth: Code Summer+.

The announcement was made at an event held by Twilio and hosted by US CTO Aneesh Chopra. There, Codecademy’s co-founder Zach Sims explained that as part of Obama’s larger Summer Jobs+ initiative, Code Summer+ will offer a “condensed version of our curriculum to get [youth] on track to become engineers.” Additionally, partners including Foursquare, Twilio, and any other company can work with Codecademy to create lessons that will be distributed to the kids.

Summer Jobs+ is designed to help the government connect young people with jobs. President Obama announced Summer Jobs+ earlier this month, describing it as “a joint initiative that challenges business leaders and communities to join my Administration in providing hundreds of thousands of summer jobs for America’s youth.” 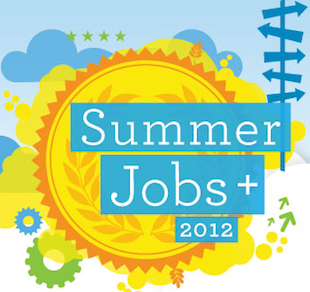 Employers can sign up to offer jobs and add special Summer Jobs+ markup to their websites’ code. This tag will be crawled and the site will be included in the National Resource Directory’s Summer Jobs+ Bank that will launch in March. The program’s goal is to offer 250,000 employment opportunities by the beginning of the summer.

Summer Jobs+ and Code Summer+ will link to lead youth to jobs. For example Chopra explained how a student who built an app prototype as part of Code Summer+ could be connected to mentors or internships in technology.

During his presentation, Codecademy’s Sims said “coding is the new literacy” and officially announced that his company now supports 1 million students. Some speculated it had hit this milestone recently after signing up 300,000 would-be coders in one week through its Code Year program. To build on Code Year, the company is now allowing anyone to organize offline meetups, with the first ones occurring in New York and San Francisco.

Run by the Level Playing Field Institute and hosted at Stanford, Berkeley, UCLA, and USC, it will help 220 students. SMASH is backed primarily by Mitch Kapor as well as corporations and other sponsors. Applicant registration to enroll in SMASH is now open to current 9th graders. 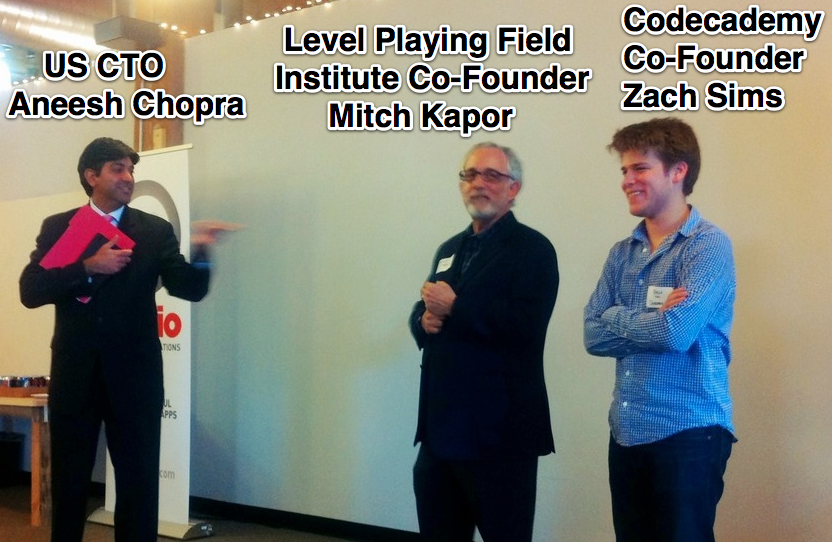