Do women need special cell phones? Certain companies, such as Deutsche Telekom or Samsung, seem to think so. Now Fujitsu Japan is ready to roll out [JP] not one but two handsets specifically designed “for girls”, a feature phone and an Android model.

The Android phone, the so-called F-03D Girls’, has been developed in cooperation with popular teenage fashion magazine Popteen: 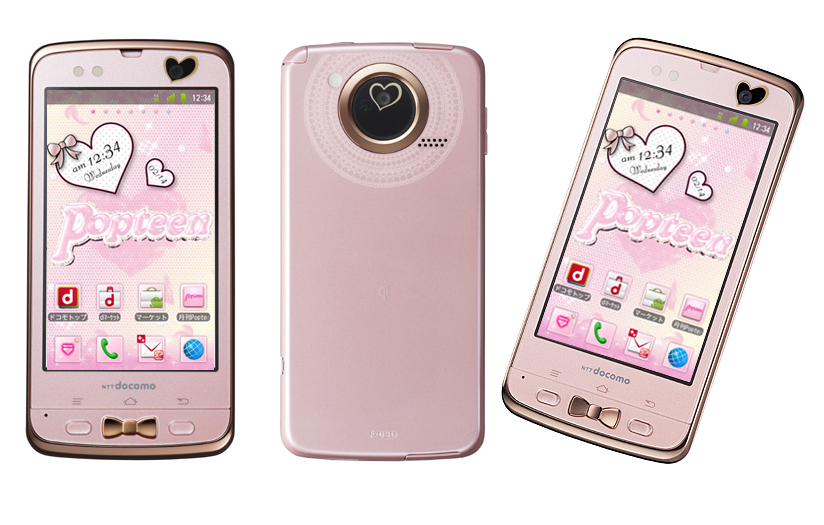 It comes with a waterproof body, special lights at the bottom and around the camera (see below), pre-installed (and extra-cute) photo frames, and pre-installed apps specifically designed for a female user base.

The F-06D Girls’ is one of the very few new feature phones that are coming out in Japan. Fujitsu designed the handset with nicola, another teenage fashion magazine: 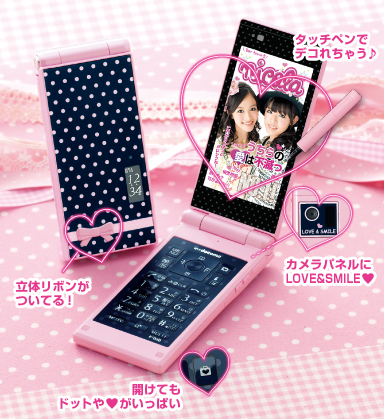 Buyers get an original tote bag, a stylus pen (the phone has a 3.3-inch touch display) to decorate pictures (see above), an 8MP camera, various nicola wallpapers, 39 different photo frames, and a total of 3,010 pre-installed emoji for cuter emails. Like its Android counterpart, the F-06D Girls’ is waterproof. 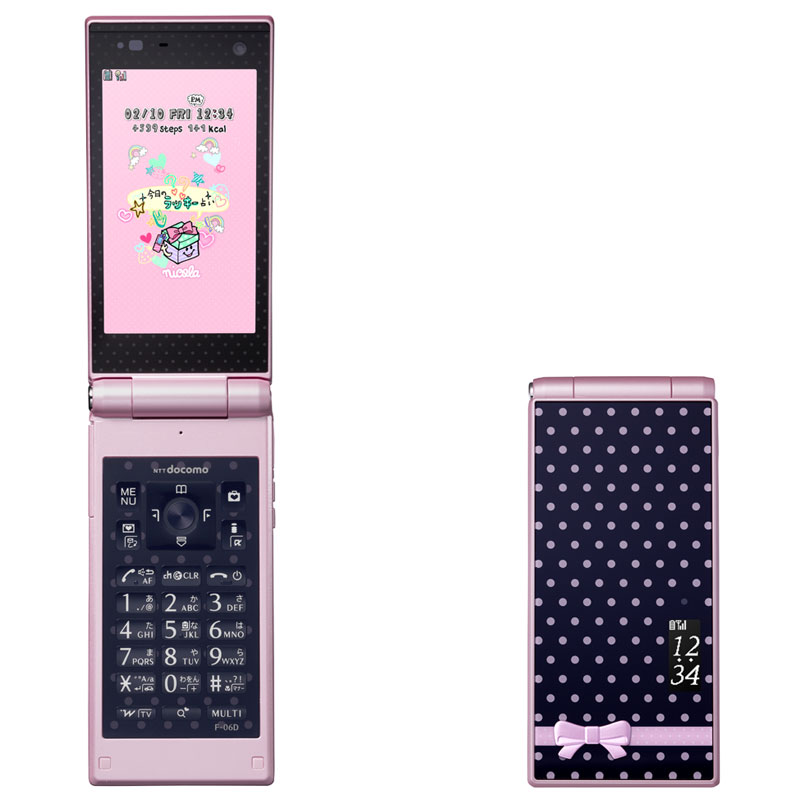