50 Cent took the stage with our very own Matt Burns to talk about his line of SMS headphones, but that’s not all he felt like chatting about. In between giveaways, the tech-savvy musician/businessman took a moment to talk about some of the cool things to be seen at CES as well his stance on philanthropy.

Among other things, he seemed to be quite enamored with HzO’s impressive waterproofing technology, which we got a glimpse of in action last night at ShowStoppers. He even revealed that he talked to HzO about the potential of teaming up to create waterproof headsets, though that’s not all he’d like to see getting the waterproof treatment. 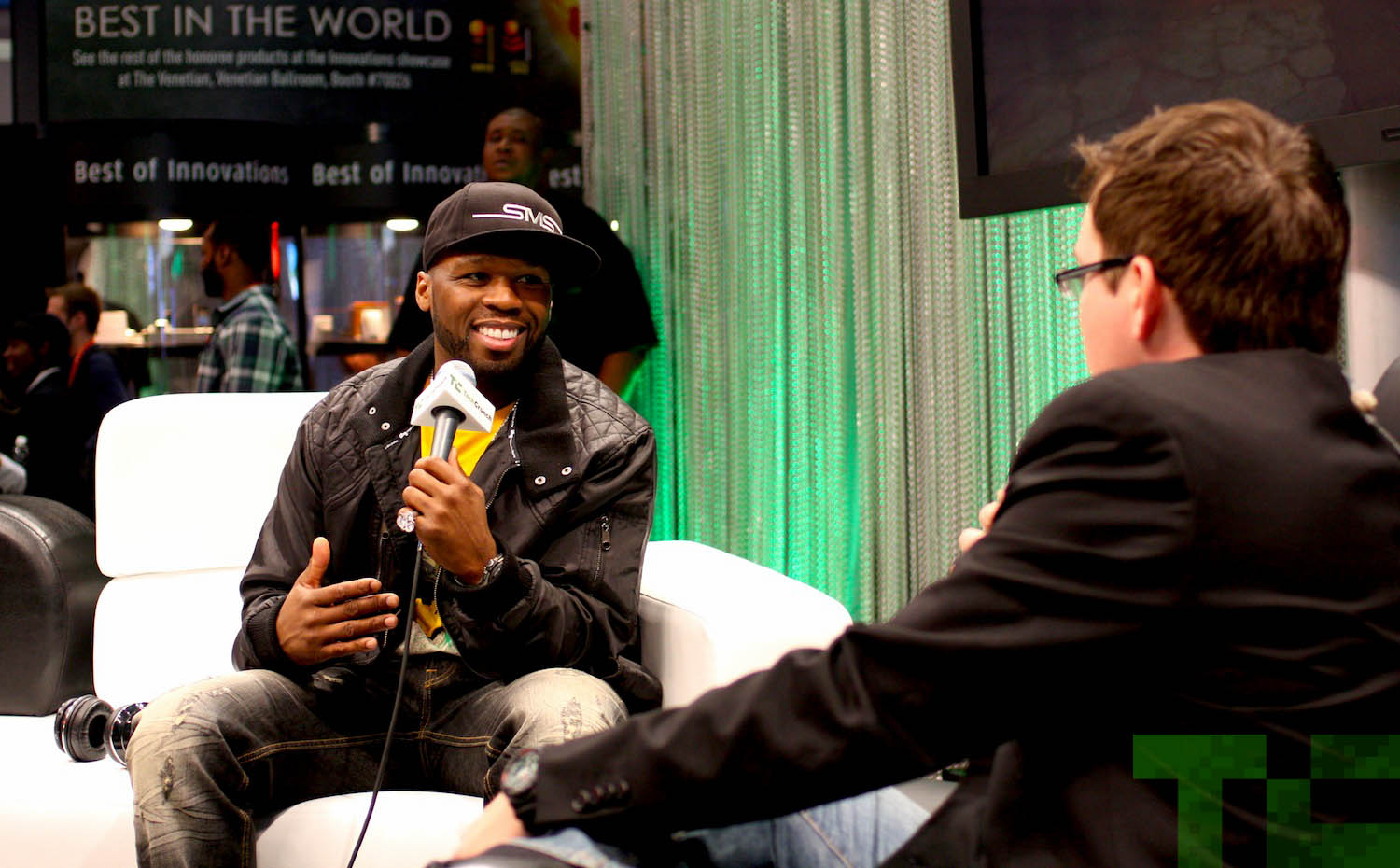 “We should be waterproofing telephones,” Mr. Cent said. I’m right there with him, though I guess he didn’t see the Galaxy S II survive getting dunked in a drink last night.

Interestingly, when asked what he’d like to be remembered for, he said that he hoped word of his non-entertainment endeavors would live on. He’s definitely got a bit of a humanitarian streak — sales of his energy drink benefit the UN World Food Programme — but he also thinks that the onus to solve crucial issues like poverty should fall on businesses and entrepreneurs too. Mr. Cent (as Matt calls him) has long claimed that contributing “1% of business” to charitable organizations could alleviate extreme poverty around the world, but he noted one big tech name in particular during his time on the stage.

“Google is a baby, it’s only ten years old,” he said. “If that model was implemented there, we’d have a lot of money to solve some issues.”