If you ever wanted to be able to read text on a street sign or on a menu in a restaurant when abroad, your smartphone might be able to help you soon. Japanese electronics company Omron has developed a smartphone application that can instantly translate (short) foreign texts you come across – firing up the app and pointing the phone’s camera at the text in question is enough.

Omron says that in its current form, the app (which isn’t available yet) can handle English, Japanese, Korean, and Chinese. Translations are superimposed over the text shown on the display (in the picture below, you can see three items on a Korean menu shown in yellow Japanese letters). 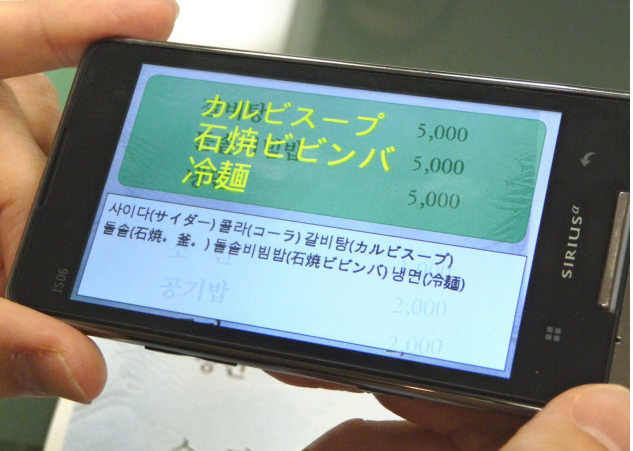 Users aren’t required to take pictures, as translations are delivered based on live images. Omron says their app can also handle text captured in bad lighting conditions or from difficult angles.

Japanese business daily The Nikkei is reporting that the company hopes the app will be pre-installed on smartphones released within 2012.

Word Lens is a very similar app (available for iOS), and in fact, Japanese companies have been working on mobile translation solutions like this for years.