The topic around the olives and cheese plate last week at an extended family Christmas gathering was, interestingly enough, Microsoft distancing itself from CES. My family, not ordinarily given to tech gossip, was alarmed, thinking that perhaps there was a grand re-ordering of things that they should know about. It’s a remarkably straightforward move, far from the conspiracy theories the last few days have spawned, but when you’re dealing with bruisers like Microsoft and CES, everything is swathed in diplomacy as would be ostensibly amicable divorce proceedings. But Microsoft’s grievances are legitimate and the move is a smart one.

Technologizer had a handy round-up of the keynotes, which generally have highlighted products that never shipped, or didn’t work well on stage. It’s a bit embarrassing to go back and watch some of these, knowing as we do how these products turned out. Why did Microsoft ever participate in this?

Part of it was Bill Gates, who was much more of a keynote kind of guy. If you’ve seen him speak, you know that despite his natural nerdiness, he’s an endearing presence on stage and his enthusiasm for the broader mission of technology is infectious. Ballmer is certainly bombastic, but for years we’ve heard over and over the growth stats on Windows, heard from a few partners mumbling carefully-rehearsed platitudes, then seen a few features of the next version or a prototype (last year’s ARM surprise, to be fair, was the best thing they’ve had in years). It’s become rote, and rote is what Microsoft fears most now.

The company is desperate for a reinvention of how it presents itself, and these doddering CES keynotes are exhibit A in the Case of the Dull Microsoft PR. Their booth, too, is filled with old devices and people halfheartedly selling services that anyone in the market is already well aware of. 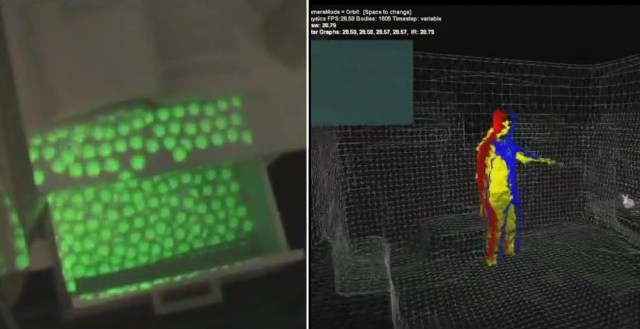 Meanwhile, year-round on the internet, we see astonishing things being done in Microsoft Research and Labs, beautiful and powerful demonstrations of advanced technology. And the Building Windows 8 blog is the surprise Microsoft hit of the year, with nearly every single post (detailed, revealing, and technical) creating a storm of discussion on the web. The new Explorer interface, for instance, spawned thousands of articles (not necessarily positive) and others have done nearly as much. The way Microsoft gets word out of its innovations, its products, its business performance, has been changing for years, but they and CES have clung together out of habit. I’m pleased to see Microsoft doing what it does worst: breaking a bad habit.

CES is a show for product builders, people who ship devices, where you need to be there in real life to see how it works, how it feels, and most importantly, how it compares to the guys in the next booth. Microsoft simply isn’t a part of that world, and the show hasn’t been about them for years. They’ll still have a booth, and I expect them to stay around for a while. But I wouldn’t be surprised if they stopped using CES as a focal point for announcements, and use it instead (as many other large companies do) to present a snapshot of the company through and through, prototypes, research projects, traditional devices, servers, and all. They’ve made more room on the stage for companies that truly want to show off impressive things and talk about where the tech world is heading. I look forward to attending the keynotes of whoever steps up.