If you could have one superpower, what would it be? Mind control would be my answer (I hope to be an evil genius when I grow up). But it seems the most popular answer to that question is the ability to fly. Jarnos Smeets, a mechanical engineer from the Netherlands, is working really hard to make that a reality.

How, you ask? Well, he’s building real-life wings (just like the wings on a bird). By first combining the accelerometers of the WiiMote and an HTC Wildfire S, he can now measure the arm-speed of his own movements and thus control the outrunner motors on his DIY wings.

Just take a look at this crazy sketch: 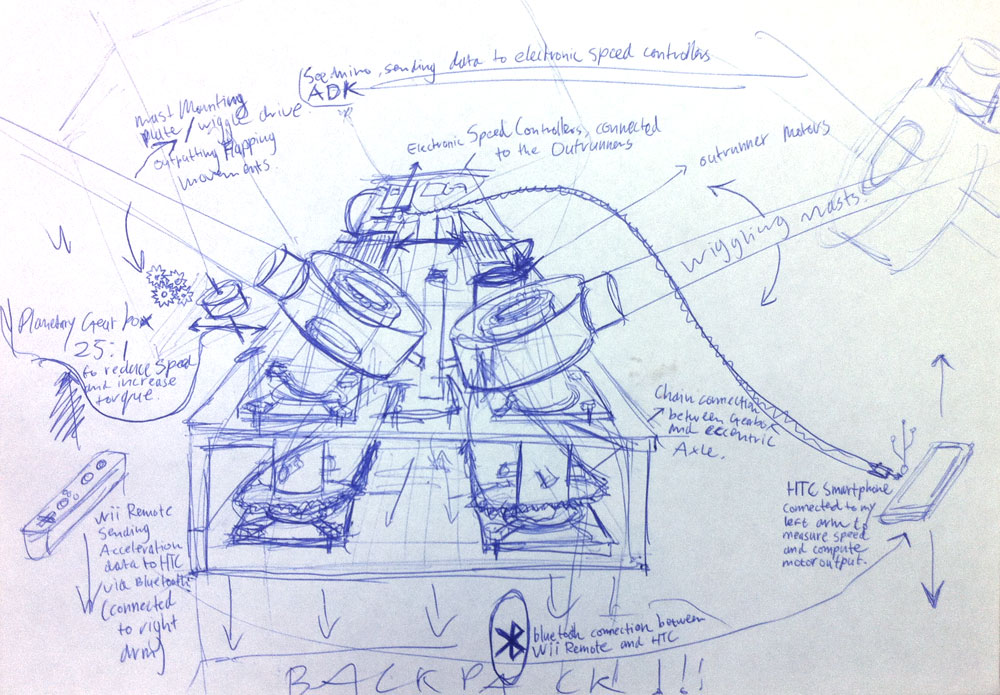 As far as hacks go, this one may really fly high (cheesiness is forgiven on Christmas Eve, right?). Of course, there’s still no proof that Smeets’ project will yield the results he wants. In fact, he may be venturing into some dangerous territory.

Either way, we’ll keep you posted on whether or not he can actually take flight. In the meantime, check out these videos of him tapping into the WiiMote and Wildfire S accelerometers, along with a clip of him controlling the outrunners and further explaining just how these wings came to be.

Update: It turns out that both Jarno Smeets and his “human birdwings” were a fabrication of Dutch filmmaker Floris Kaayk. A big ole avian hoax. Our apologies for giving this guy airtime. More here.