Kayak is announcing a major update to its iPad app today. The travel search giant has made its iPhone and iPad apps universal, adding a bunch of new features to the tablet version of the app.

The free app has gotten a huge UI makeover, with redesigned flight and hotel search, including an easier to use calendar. The app has been totally redesigned in terms of layout. Kayak has also added car rental search, the ability to integrate Kayak’s trip planning features, and a new autofill assistant helps you complete your purchase on airline and hotel web sites.

Kayak says that while its iPhone app has been the most popular in terms os usage, the iPad app has been on par with its Android app in terms of usage.

The company recently revealed in a new S-1 filing that revenue and profits are both up. Kayak’s IPO is on hold until market conditions improve but it should be interesting to see if the travel search giant can continue to grow. 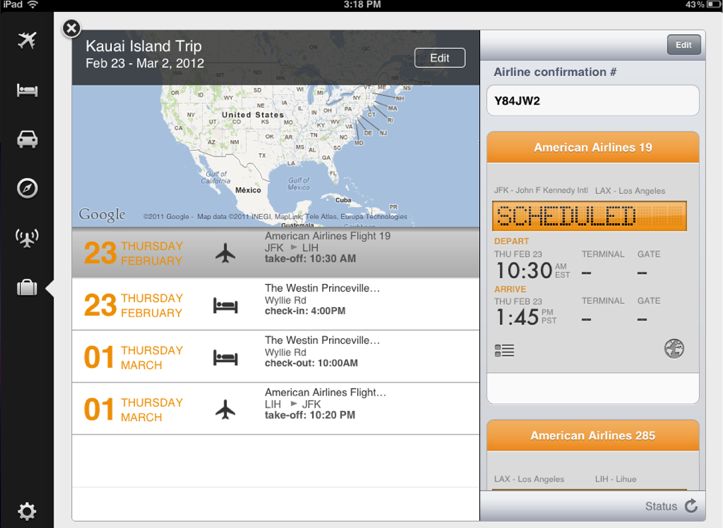