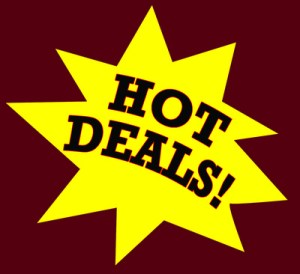 This is a guest post by Phil Wilkinson a former CEO of a daily deal site and now CEO of kopi.co.uk

I’ve been wanting to write this article for a while but it has never been the right time. Ideally I’d like to do a series of articles on the daily deal / group buying space as it is still a fascinating model and still an early market sector. I must be one of very few people, perhaps the only one in Europe, who has been involved in co-founding and running a daily deal site on one hand and then flipped to run a company that sells a product and service on the other. I believe this gives me a real unique perspective on things (which hopefully you agree with after reading this).

This piece is divided into two parts where I try and see both sides and try and present an impartial account of what it’s like to be a daily deal site selling to merchants and then a merchant wanting to promote themselves through these channels… Here goes..

Perspective: A daily deal site trying to convince a merchant to run an offer

I was the co-founder of one of the UK’s daily deal sites and the MD for the first half of this year and thus I’m very familiar with how these businesses are run and what they’re trying to achieve. Think of it along these lines:

1: You have to run a minimum of one deal every single day for most of the year – that’s a lot of selling. Not only that, but these deals are the only chance to make any money that day so they must have a great price, be a great product that people want, and sell in decent volumes. It’s not easy to get all this right hence the pressure on the sales people to get the deals in.

2: In terms of customer loyalty, while no one really segments the audience that buys the deals, you do expect the merchant to be a bit more savvy than they often are. If you structure a deal that rewards a single purchase and a single activity then you’re setting yourself up for a non-repeat customer. The clever ones do things such as offer a discount on the day for more services or products (i.e. great value spa treatment + 20% off any products bought that day) and also smaller discounts for 2nd and 3rd visits. They’ll take down their details and contact them again in a months time, keeping them involved. You’ll be amazed how very few merchants even do this, so it’s not entirely the fault of the daily deal site who drive customers in the door.

3: There’s a lot of competition and no loyalty to any one group buying site, which means you’re always trying to outdo the other. On average, people are signed up to more than one daily deal site and these days, you often see the same deals in multiple places and over time, so there is never a real reason for someone to only subscribe to you. I still think that a loyalty program in the same vein as Amazon Prime for group buying would work very well if someone took the risk first. As it is, you’re trying to get better deals than the next site who also has a vast marketing budget and substantial email list – not easy.

4: Repeat deals happen more often than you think to plug the gaps. Imagine a merchant has let you down or you don’t have as many offers to run that month as you want – what do you do? Easy, call up an old merchant and re-run one of their deals again. Not ideal, but it works. The downside – every site does this and the sector has now lost its sense of uniqueness and time sensitivity. No longer do you think “I must buy this deal now before it disappears for good” but instead “I don’t have to buy this now as it’ll come around again either on this site or another one”.

5: You can’t always run what you want to. Daily deal businesses have enough data to know exactly the type of deals and the price points that work. What this means is that some deals you just have to skip even though they sound great. Cupcake deals are a good example – very popular but never enough margin to run them enough. Same for most online retail businesses too.

6: It’s all about the relationships you have with merchants as every single sales person from every single site hassles the owners constantly. After a while, I can imagine this leads to group buying overload for the very people you’re trying to do business with.

It’s a tough old business as a sales person in a daily deals site – that’s why they often don’t last very long and get replaced every 6-12 months – they just burn out.

Perspective: A merchant discussing terms with a daily deal site

As the co-founder of a brand new gourmet coffee subscription business Kopi (www.kopi.co.uk), I have now seen what it’s like to be on the other side of the fence and be an actual merchant who wants to get brand awareness and sales. I must admit it’s pretty hard work when you’re looking at it from this different perspective, even knowing what I do.

I have spoken to the majority of daily deal sites on behalf of Kopi and discussed terms. Here’s my findings for those chats:

1: ALL of them really push at least 50% discount for customers as a minimum as it “really helps sales”. I don’t believe that it always need to be so price led as unique offerings with less discount work just as well as Gilt City can testify in the US, and it’s probably the final value of the item which has the most effect and not how much % you knock off.

2: It’s all about sales volume and commission for the daily deal sites. Each of them tell you they have minimum revenue target they’ve been given per each deal and from that they work out their commission levels (20% to 35% in general). From this, they really started to push hard on getting me to commit to a minimum level of volume (e.g “you have to have a minimum cap above 500 or we can’t run you”), else the sales person wouldn’t make enough money or hit their own set targets (based on revenue brought in per deal). That’s pretty harsh if you’re a small business and don’t have the resources for it. This gets worse if you’re trying to do a deal with one of the bigger players.

3: The financial calculations are really quite complicated to fully get your head around especially for someone who is not used to it. Take a price you normally sell something for, half it, take off 30% commission, add in VAT that they will charge you on top as “advertising services” and also sometimes they add in credit card transaction fees if you’re not careful. Now consider that some sites might pay you 50% upfront and 50% over the next 3 months, so you’ll have a cashflow shortage too. Some of them are better and will pay you on redemption (i.e. when you provide the service, they will pay you your share of that customer). It’s easy to see how people can get confused with this and not realise the true cost, especially as it’s not in the daily deal sites’ interest to explain it more than they have too.

4: Breakage – some of the sites told me that up to 30% of people may never redeem their voucher (miss expiry date, change of circumstances, forget about it..) and you’ll want to make sure you either keep this breakage yourself or share it 50/50 with the daily deal site. If you don’t, the people who bought the deal will just be revenue in a pocket that isn’t yours.

5: The email list figures they quote aren’t exactly the whole picture as they are people who have registered their emails for free and not really people who are active buyers. The general figure seems to be that 10-20% of the email lists will have made at least one purchase before, as garnered from Groupon’s IPO document.

6: It’s impossible to know whether the customers will be loyal or high quality. The daily deal sites don’t segment the audience and will send you anyone who buys, so you just won’t know until they come through the door. Well, no one told me they did anyway!

So, is it really worth it as a merchant? If you want a good level of brand awareness (albeit coming across as one who will offer discounts) then going out to a large number of emails is definitely a positive, plus you’ll get a big bulk of customers who may or may not come back and orders to keep you busy. On the downside, you’re not going to make any money out of it and in fact will take a hit on profitability and cashflow while you do it and often be stretched to fulfil orders.