Up until now, Twitvid has been the largest repository of videos on Twitter other than YouTube. It’s essentially been the TwitPic of video, and it’s done a good job with 40 million video views per month and 12 million unique visitors. But people mostly come to Twitvid from social links, they don’t stick around.

CEO Mo Al Adham wants to change that by turning Twitvid into a social network for sharing videos. He came by my office to show me a preview of the new site, which launches today (watch the video). Twitvid is now redesigned as a feed of videos from Twitvid, YouTube, and Vimeo which you can organize into channels, repost, or share across Facebook and Twitter. You can follow channels or other members and the videos from those sources start to appear in your video feed.

Channels can be public or private, and your friends can add videos to the same channels as you do if you allow them. There is also a lean-back mode fro watching videos full-screen. 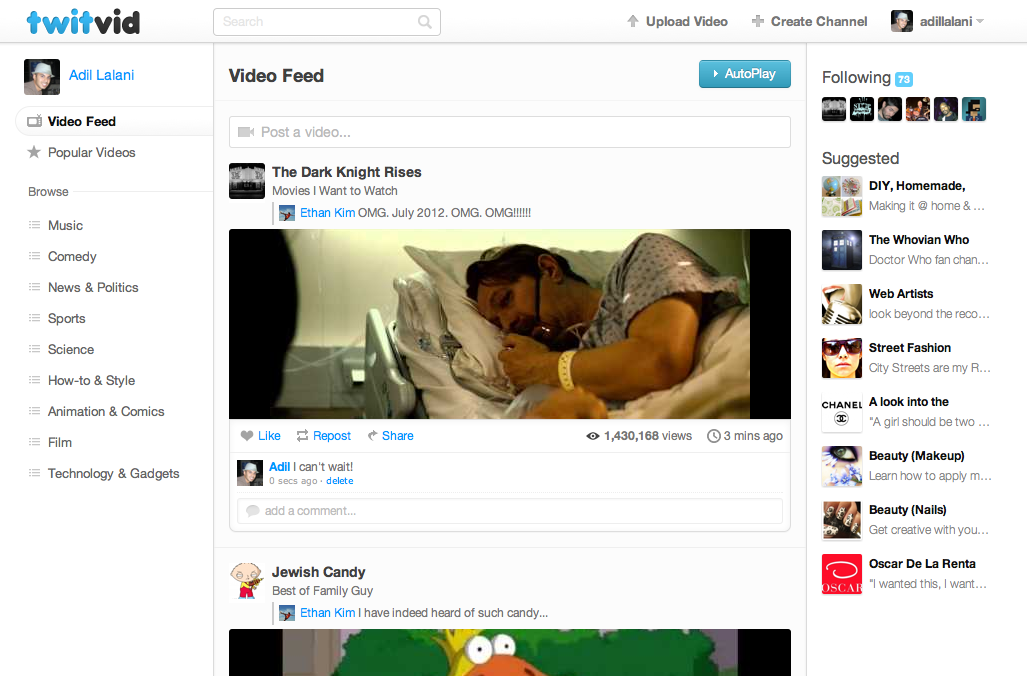 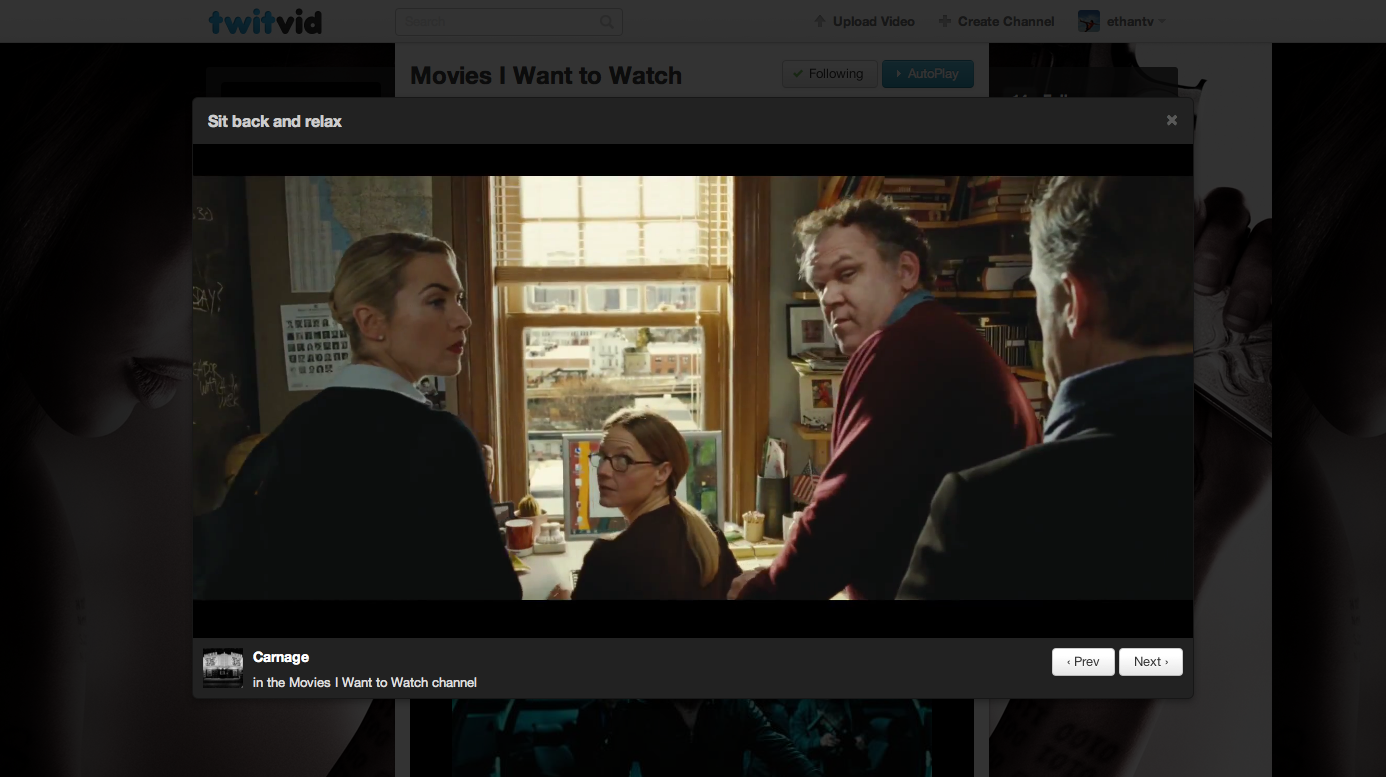