MoPub, the mobile advertising startup founded by former AdMob and Google employees, has been known as kind of a “Doubleclick for mobile” until now. Today, the company is expanding its offerings with the launch of the MoPub Marketplace, which will serve as a virtual trading floor for mobile ads, allowing app publishers to connect with ad buyers in real-time.

The Marketplace will operate as a self-serve platform, allowing publishers to access new sources of revenue, while still remaining in control of their mobile ad inventory. Explains Co-founder and CEO Jim Payne, the new real-time marketplace can do what ad networks cannot, equating those to a sort of “black box” where publishers can’t control what they’re buying or target their ads with any real sophistication.

To use the new service, iOS and Android developers can download the updated SDK, already in use by over 650 publishers on the MoPub platform. Once installed, publishers get detailed insights right down to which individual ad creatives are working and how well they’re working, for example. In the future, MoPub will begin offering even more fine-grained details, including hourly analysis of ad inventory.

Publishers in the Marketplace can also choose to expose or hide their app’s name to bidders and can preemptively block ads from a particular advertiser or brand, like ads by a competitor. They can even block a specific ad itself.

Although there are other real-time marketplaces out there – Nexage’s solution is fairly complete, says Payne – MoPub hopes to differentiate itself by becoming the one-stop shop for publishers. Its full lineup now includes direct-sold ads, cross-promotional campaigns, ad networks, and, thanks to the Marketplace launch, real-time bidding, all in one place.

The pilot program for the Marketplace was previously in testing with around 10% of its user base (65 publishers) on an invite-only basis. Now, any interested publisher can sign up here for free.

MoPub has raised over $6.5 million in venture capital from Accel Partners and Harrison Metal Capital. The funding was used towards the Marketplace development and to increase its staff, which is now 30 people, mostly engineers, in San Francisco and New York (and still growing). 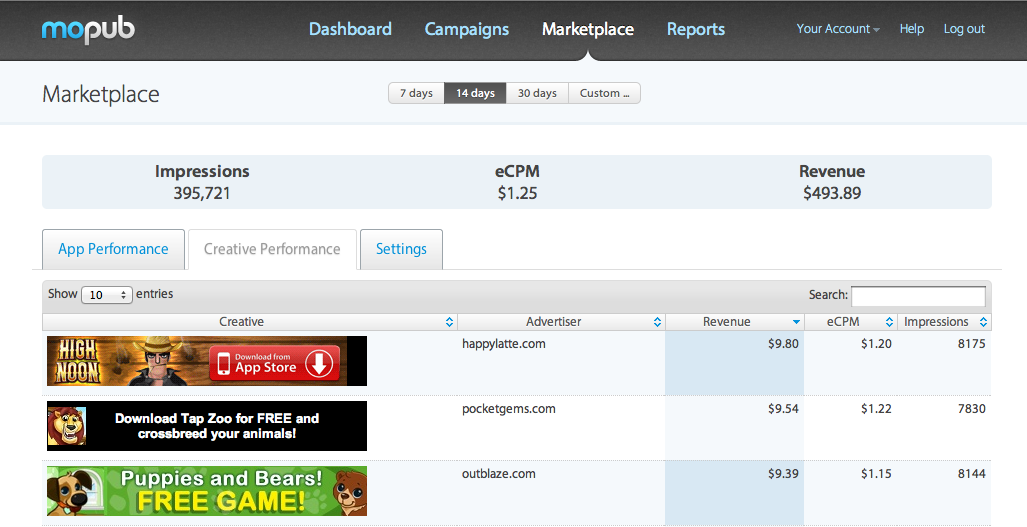