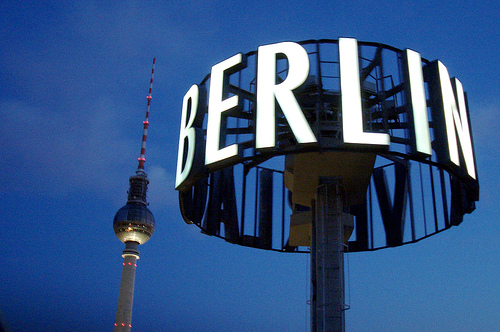 TechCrunch recently featured post by TechCrunch TV featuring Jeremy Rifkin, author of The Third Industrial Revolution, who argues that Europe will be the next cradle of innovation. To that end, we’re increasingly finding VCs in Europe looking for the best hubs for those innovators. And we recently argued that the axis of power was swinging behind both London and Berlin. But EarlyBird Capital was the first VC to open an office in Berlin this year and others like Accel and Index have become regular visitors. Below, Roberto Bonanzinga, partner at Balderton Capital, argues why he thinks Berlin could produce the next Facebook.

Whilst we don’t know when or where the next Facebook will be created, we do know where to start looking: Berlin. It’s a city which defines ingenuity and creativity. Walking between Prenzlauer Berg and Mitte, you could easily believe you were in South of Market (SOMA) in San Francisco during the nineties. There’s the same energy, the same passion and the same creative atmosphere which is transforming Germany’s ‘capital of cool’ into Germany’s ‘capital of start ups’.

But this begs the question: Why Berlin? From my perspective, I believe there are five factors that have combined to create a unique ecosystem.

1. Second generation entrepreneurs have been moving on from Start-Up Factories

In the last few years several of the controversial Samwer-style start-up factories have started appearing in Berlin. They consistently divide opinion as to the ethical nature of their objectives, but few can deny the educational dimension that they bring to the Berlin ecosystem. They allow young teams of first time entrepreneurs to set up companies under the guidance and leadership of veteran entrepreneurs, which means they can learn on the job in a relatively low-risk environment whilst being paid a salary.

And whilst I always prefer to invest in entrepreneurs who have significant ‘skin in the game’, it is important to recognize that start-up factories are creating a city of knowledgeable and practised entrepreneurs. Most of these teams go on to set up second ventures and the second time around they are much better equipped to manage the risks , better informed when it comes to funding options and they understand the exact mix of ingredients needed to build successful companies.

2. Universities are serious about entrepreneurship

German Business Schools attach considerable importance to entrepreneurship and rank it highly on the curriculum. Indeed at WHU, the University Administration is even considering establishing their own business incubator and every year they organise a conference on entrepreneurship. I sincerely hope European business schools follow their lead.

3. Internationalisation is a key trend across the whole city

Walking around Berlin is clear that most people speak English. In the world of start-ups this has become even more important – in my portfolio company Wooga there are people coming from 20 different nationalities and the only language used internally is English.

4. Local momentum is picking up

The number of start-ups being founded in the city has snowballed. When posing the question on the Berlin StartUps Facebook Page , entrepreneurs counted 20 companies which had been funded with more than €1M in the last 12 months. And this clearly does not take into account the multitude of companies that are funded with less capital at the early seed stage.

5. Creativity is the fuel

With more and more artists drawn in, Berlin has become a thriving hub of ingenuity. The city is now home to the world’s greatest Electronic Music scene, critically acclaimed architects and a much-touted art scene. It’s an atmosphere of creativity that nurtures talent and inspires a diverse talent pool to continue growing.

At Balderton Capital we like to invest at the earliest stages and we are geographically agnostic. However, I will make it my personal mission to ensure Berlin is my centre of gravitas. Why? Obvious…I am hunting for the next Facebook!