On October 23rd, 2001, Steve Jobs introduced the iPod at a special event, showing off a design destined to become iconic. Ten years later, the brand is as strong as ever, though sadly, we have lost its inventor.

Take a few minutes to watch the original product announcement and take a short trip through the evolution of the device that is arguably the most important in Apple’s history.

I say the most important because while the Mac Classic, iMac, and later, the iPhone, are equally as prestigious to some, I think that the iPod was a watershed moment. If the iPod failed, Apple would have remained a boutique computer maker prized by designers and schools but able to be safely ignored by the tech world at large. Instead, the iPod proved to be a powerful wedge, the de facto standard for listening to music for many years; indeed, it still has years to go until it finally gives way to more integrative devices like smartphones. And even then, the brand will endure.

This wedge of Apple’s gave them mass-market credibility, boosted sales enormously, and established iTunes as a market force that would disrupt an entire industry.

The iPod itself has changed over the years. But anyone could look at today’s 160GB iPod Classic and recognize the original as its predecessor. Some say that the current model (available in more or less its current form since late 2008) is due for replacement. It has already been replaced, though, by a number of devices. Apple seems to offer the Classic as a sort of public service, declining to have those sales transfer over to the newer devices, perhaps out of respect for its legacy. 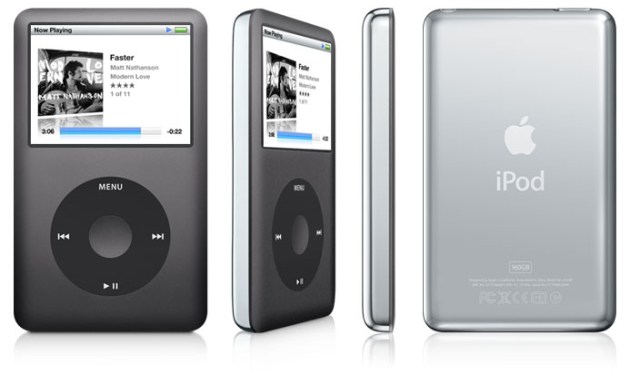 There were missteps: the line of touch buttons from the third-generation iPod didn’t last long, and the puny color screen of the first color models wasn’t particularly compelling. The “fat nano” was, let’s be honest, an object of ridicule. The whole battery debacle was poorly handled. But these problems were corrected and every time, consumers thought “Ah – now it’s complete.” And then, of course, along came the iPhone.

Ten years is a hell of a long time for a consumer electronics brand to endure, much less a form factor or look and feel. I’m betting nearly everyone reading this has owned an iPod of one kind or another, and probably has an iPod memory stashed away somewhere. Personally, I remember receiving a 5th-gen iPod at Christmas of 2005, and whining until we could go to the store the next day and exchange my white one for a black one. Not a proud moment for me, but perhaps it is one for Apple.

So here’s a salute to one of the most important pieces of consumer electronics of all time. Feel free to share your thoughts and memories below.