Do you remember Actroid-F, the super-realistic humanoid that we’ve shown you last year? Her makers, robot venture Kokoro and Japan’s National Institute of Advanced Industrial Science and Technology (AIST), have apparently been working hard since then to create a “brother” for her.

According to AIST, people kept asking the institute why it only manufactured a female robot, and they not only did that, but also built cameras into the new robot’s eyes to make him look at people (or other robots) while communicating. 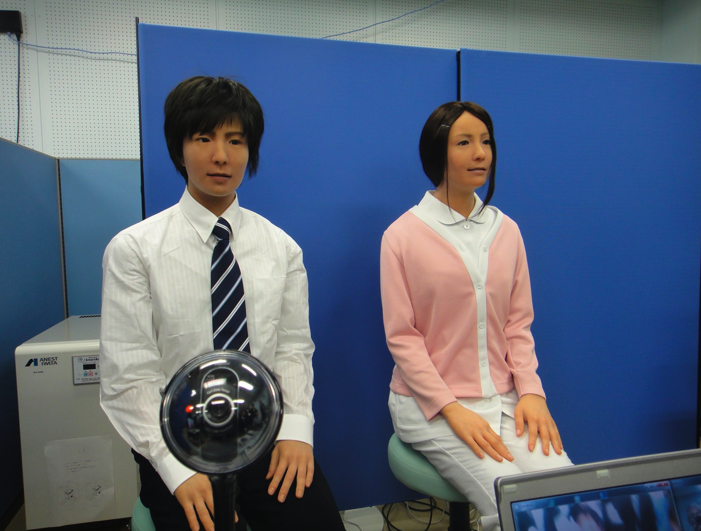 Here’s a video showing the male humanoid interacting with his sister (in English, shot by Diginfo TV):