As the Occupy Wall Street protest movement spreads across the country, it is becoming harder to ignore. The daily protests, which began on Wall Street in New York City, have popped up as far afield as Boston, Washington, D.C., Los Angeles, and Grand Rapids. Seemingly inchoate and leaderless, the protestors seem to be rallying against everything from economic inequality to political disenfranchisement.

Occupy Wall Street takes its cues from the Arab Spring movement in the Middle East. It is similar in that it is leaderless and organized via social media, except without the dictators to rally against. Instead, its target is “the system” itself as symbolized by Wall Street and the government. Occupy Wall Street is hard to put your hands around and unsatisfying in many ways, but is also in many ways the face of social protest movements for years to come. This is a cultural movement organized on the Internet and social networks. It is chaotic in the same way the Internet itself is chaotic.

But what exactly is #OccupyWallSt all about? Most stories in the mainstream media seem to be focusing on politicians denouncing the movement, or the size of the protests on any given day. Here is a video which lets the protestors speak for themselves. They seem to be complaining about everything—but that is kind of the point. The economy sucks, and a lot of people are unhappy out there.

The best way to keep up with it is via social media itself. You can search for Tweets with the #OccupyWallSt hashtag,or check out the Occupy Wall Street Facebook page, as well as this one.

Dave Winer has created a helpful site called Occupyweb with a river of links and posts about the movement. Some of the best posts come from We Are the 99 Percent on Tumblr, where individuals share their own stories of being in debt, out of work, or simply finding it difficult to make ends meet.
Winer also has a photo stream culled from Flickr. (Or you can find Twitter photos here). Below is that news video and a few of the pics from Winer’s photo stream: 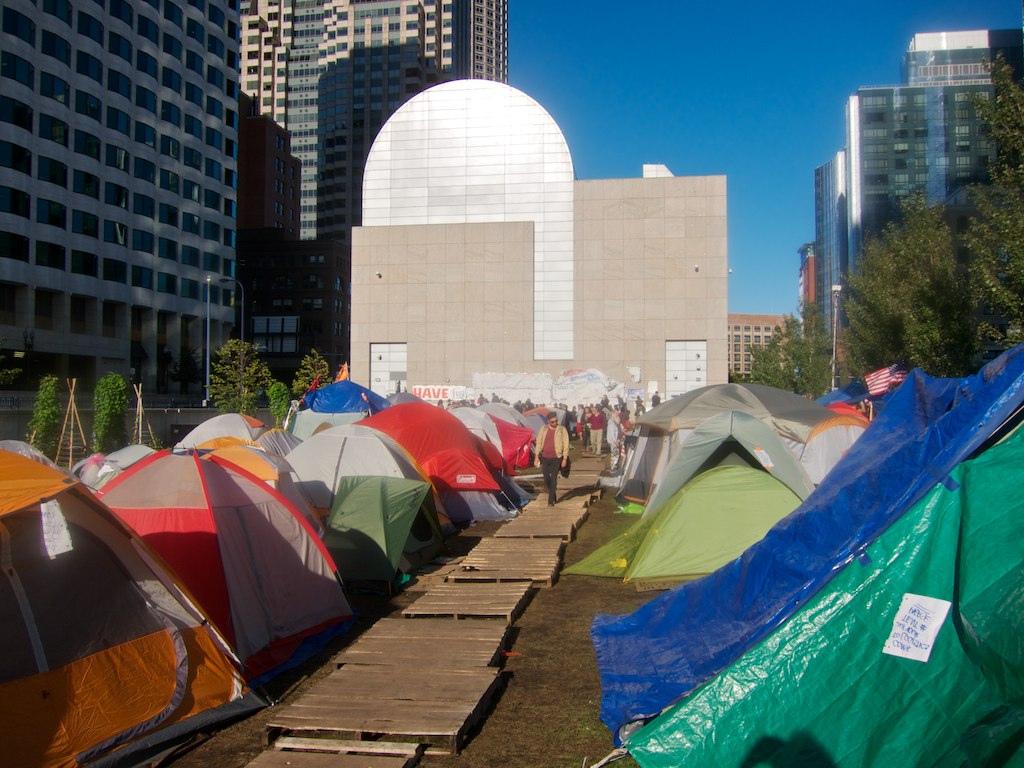 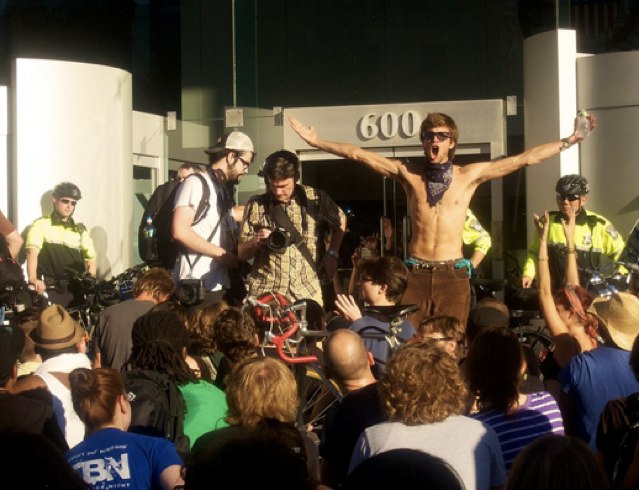 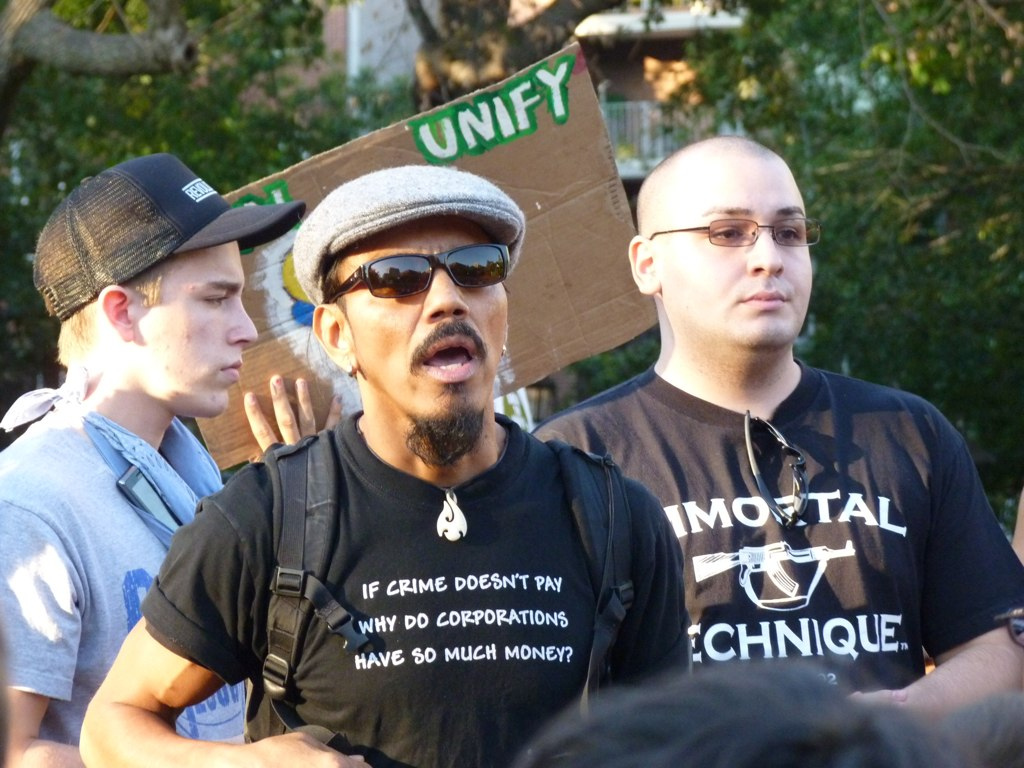 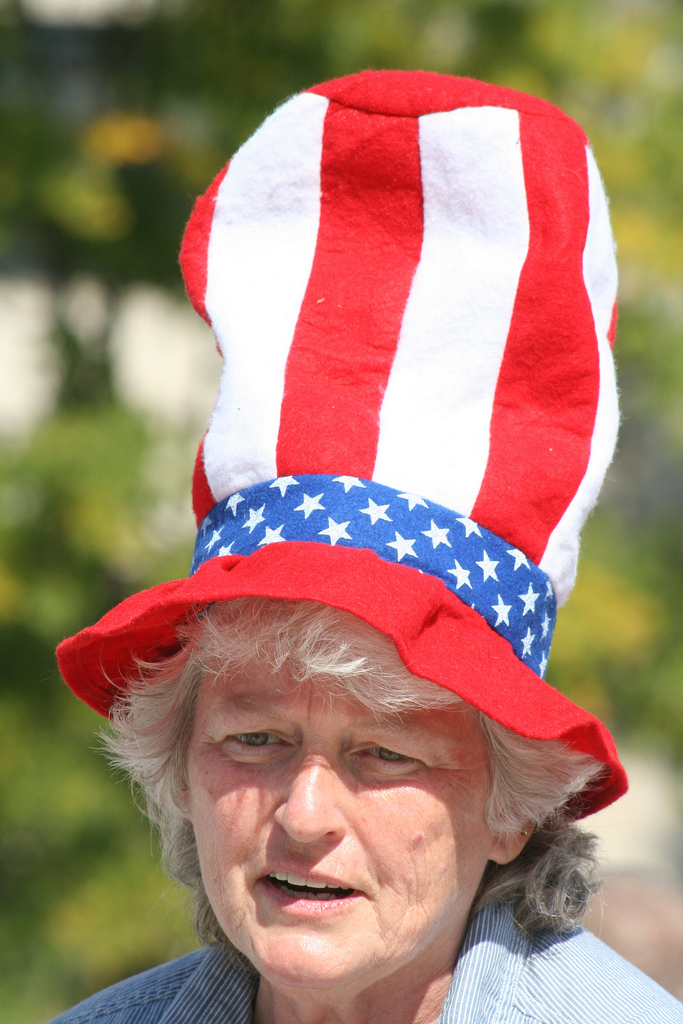