Next-generation homes are definitely one of the big trends at the CEATEC 2011 exhibition that currently takes place in Chiba, Japan. We have covered multiple “smart home” concepts from various Japan companies over the last years, and at CEATEC, Nissan’s so-called NSH-2012 Smart House of the Future is stealing the show.

It’s not a typical home but rather a simple house that’s specifically designed for post-disaster situations. The core element is a stand-alone energy system that combines the so-called “LEAF to Home charging system” (see below) with solar and fuel cells. 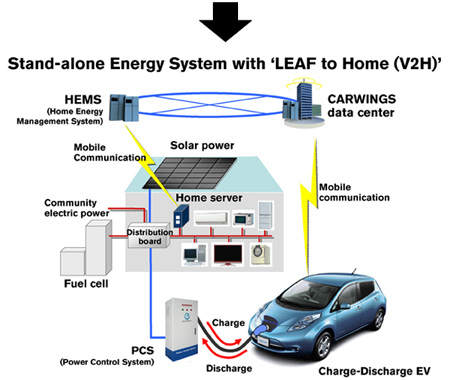 Nissan says that this system isn’t affected by weather and could run via batteries installed in an electric vehicle is power is cut off following a disaster. According to the company, the LEAF’s 24 kWh battery pack, for example, provides two full days of power for the house. 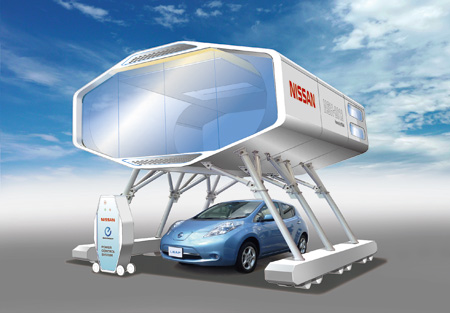 And to be completely safe, Nissan also built a “next-generation mobile communications” system into the NSH-2012. It allows you to track energy consumption of individual devices inside the house with a special augmented reality application and to keep communicating with the outside world with your tablet or smartphone.