The CEATEC 2011 exhibition started today in Chiba (just outside of Tokyo), and what I saw was either disappointing (like gear that’s already available in stores) or already widely covered, as most Japanese companies pre-announced almost all novelties (for example, Docomo’s awesome smartphone jackets). 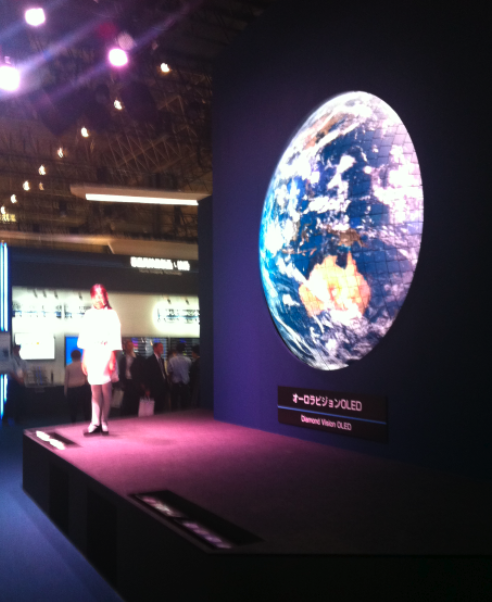 This new model consists of a total of  696 OLED panels, each sized at 32 x 32mm. Sized at 96 x 96mm, the OLEDs forming the aforementioned globe are considerably larger, but the panels share the same pixel pitch (3mm). 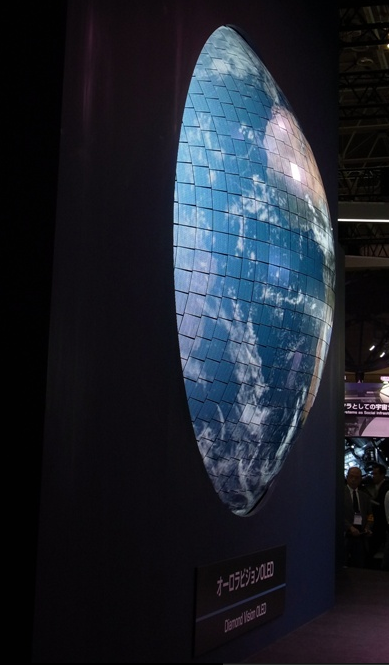 Mitsubishi said that the Diamond Vision OLED has a brightness of 1,200cd/m2 and consumes 11.2kW of power. The company plans to commercialize the display for digital signage systems.