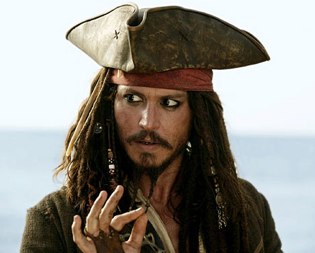 I recently attended the European Pirate Summit in Cologne, Germany. Held in a sort of art-house scrapyard where artists sculpt out of old cars, and ravers dance into the night, the venue itself was a fitting place for what many began to feel was a sort of re-birth of the tech startup scene in Europe. Suddenly we all realised what was happening: Europeans are as mad as hell that they’ve been branded cloners and ‘copycats’, and they’re not going to take it any more.

In fact, the event featured the literal burning of a effigy of a startup clone. This was a gathering of Pirates, the kind of startup Pirates who ascribed to the philosophy laid down by Mike Arrington only last year.

The one-day event had a mix of panels and speakers, but the best thing about it was everyone’s attitude. Shouting an “Arrr!” when a speaker made a good point was positively encouraged.

Going on at the same time was the brand new Advance Conference. There I chaired panels on VC (video) and the clone phenomenon in Europe. I think we all came away with the feeling that Europe is ready to let loose its innovation now. We’ve had it with the cloners, as evidenced by the recent declaration by 6wunderkinder, a prominent Berlin startup, against clones.

At the end of the evening at the Pirate Summit a new manifesto was read out, talking about the “copycat guy” that European founders just won’t want to tolerate any more, reproduced below.

The CopyCat Guy was then burnt. This was based on the “Nubbel” tradition in Cologne where a ‘Nubbel’ figure is put above the door to a bar and a priest shows up and raises uncomfortable questions for all the sins that have been committed. Everybody blames the ‘Nubbel’ and a short trial is held with the priest as the judge, then they burn it.

Yep, it was a different kind of event all right.

Here’s a video wrap I put together which give you a flavour of the event. Arrrrrrr!!!!

“Dear moarners and moarning pirates. A tragedy has happened. While we slackers, hackers and posers were contemplating about the ‘next big thing’ throughout the day here in the freestate of Odonia, a long well-known coeval of our times, ‘ze copycat guy’, suddenly and rather unexpected, has passed away.

He leaves us with us an enormous mass of now deeply depressed business administration graduates, esp. from WHU, who now will have to find other ways to make a living than researching Paul Graham’s latest startup investments.

They will be accompanied in their grief by dozens of Berlin Inkubators, who now just can’t clone a silicon valley startup in 18 months and sell it back to the idea-owner any more – they might in the end finally have to start thinking and coding themselves.

As we all know, many sins seem to have occured in the last ten years. Looking for somebody to hold responsible for those sins, I ask you, fellow comrades, for advice:

1. Who is responsible for those approximately 17.000 groupon clones in Berlin Mitte?
Crowd: ‘Ze copycat guy!’

2. Who forgot to delete the word ‘facebook’ in the StudiVZ code?
Crowd: ‘Ze copycat guy!

3. Who made our brave, bold and risk-friendly investor’s giving their money only to bmodels that already had a proof-of-concept in the US?
Crowd: ‘Ze copycat guy!

5. Who forgot to invite the nerds to the party with the great girls?
Crowd: ‘Ze copycat guy!

6. Who is responsible for we didn’t have our multi-billion exit yet???
Crowd: ‘Ze copycat guy!

If these sins all were the copycat guy’s turn,there only one thing is to rule: let him burn! Dear Moarners – you are forgiven. Amen.”