Have you ever had a song stuck in your head to the point where you just need everyone else in a six-block radius to hear it? Apparently that’s a common affliction in my neighborhood. Last time it was Paul Simon at 4 in the morning. But at least they were only playing it on a boombox, not a 4000-watt sound tank.

Berlin-based artist Nik Nowak has created an actual track-based vehicle, as in a tank, with over a dozen speakers on it. Built on the frame of a Japanese industrial dumping vehicle, Panzer is the final answer in the boombox wars. 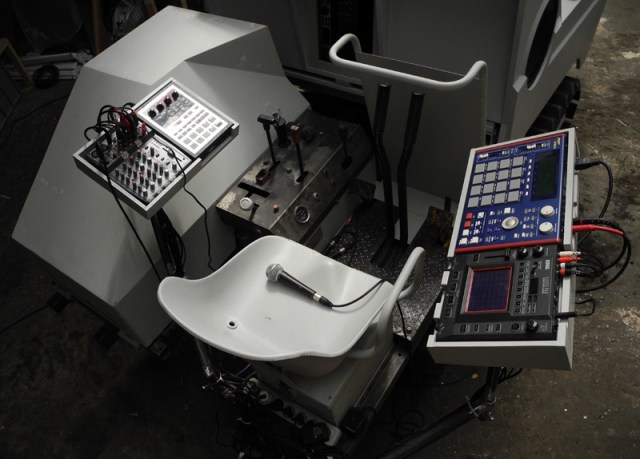 Unfortunately the steel tracks make it slightly impractical for getting around. Nice for rubble, but not so street-legal. He’ll probably have to have it lifted to venues where its presence is desired. It doesn’t go very fast, so this is probably for the best.

More pictures and a few videos of the Panzer in and out of action can be found at Nowak’s website.